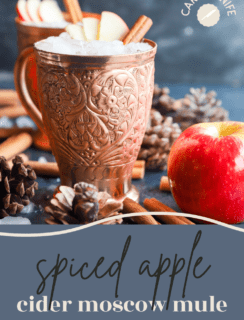 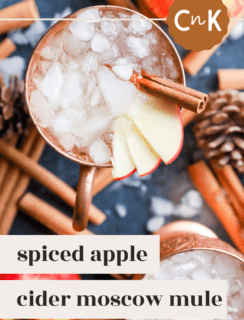 A Spiced Apple Cider Moscow Mule is an incredible fall cocktail! It has a spiced apple flavor from the cider and an easy cinnamon simple syrup. You’ll love breaking out this festive cocktail all season long. Makes 1 cocktail, but can easily be batched to serve up to 8!

I love a good fall cocktail, and nothing says fall to me more than a moscow mule.

One of the best memories I have is going into the mountains during the fall to see the leaves change, and ending up at a bar with a moscow mule in hand. The cold, refreshing, and slightly spicy cocktail is always a win!

For fall, I wanted to give mine an infusion of apple and warming spices! This cocktail has all the typical moscow mule ingredients, but I also added in some apple cider and cinnamon simple syrup. The result is a warmth and sweet, tart apple flavor to pair with the bold ginger beer.

It’s ideal for a casual happy hour, but can also be easily whipped up in a big batch for game day, Halloween or even Thanksgiving!

cinnamon simple syrup – I love the additional spice flavor that the simple syrup brings! If you don’t have it on hand (or don’t care to make it), you can always use regular simple syrup. The cocktail just won’t be spiced!

vodka – when it comes to choosing a vodka, I always say pick the best vodka that is in your price range. Since you are using this vodka in a cocktail, there’s no need for it to be the top end that you might use for a martini where vodka is the star of the show. I recommend Tito’s or Absolut (splurge for Absolut Elyx if you want to!).

lime juice – fresh lime juice is best, in my opinion!

To make this cocktail, you don’t need many tools! All you’ll need are your moscow mule mugs (I love these floral moscow mule mugs that you see here), a copper jigger, and a cocktail stirring spoon.

here’s how to make a spiced apple cider mule

Add apple cider, cinnamon simple syrup, vodka, and lime juice to a copper mug. Stir together and top with ice.

Add ginger beer and stir once more to combine. Serve.

If you would like to make this for a group of people, check out my tips section below to see how!

serve a crowd! This is a great cocktail to serve to a crowd! To make 8 servings, you will need 3 cups apple cider, 1 cup cinnamon simple syrup, 2 cups vodka, 1/2 cup lime juice, and 3 cups ginger beer. Mix together everything except the ginger beer in a pitcher and place in the fridge until ready to serve. Top with ginger beer and over ice!

use copper mugs. Copper mugs are best to serve mules in because they keep the drink cold! The ice won’t melt down as quickly so the cocktail won’t become watered down.

what’s in an apple cider mule?

can I use apple juice?

The short answer is yes. If you are in a pinch and REALLY want this cocktail, you can use apple juice. The apple flavor won’t be as strong and you’ll miss out of the extra flavors cider brings to the party, but it will work.

do I have to use vodka?

If you don’t have vodka, you can swap in bourbon or rye whiskey. Both spirits lend themselves to the apple, cinnamon, and ginger flavors in the cocktail!

Need some more inspiration for happy hour? Check out my booze recipes page!

what to serve with a spiced apple cider mule

This cocktail is the epitome of fall, so it fits well with all your favorite fall recipes! Since it’s a little sweet, boozy, and spicy, I like to pair it with anything comforting and warm.

Finally, if you make this spiced apple cider mule, please be sure to give this recipe a rating or leave a comment! I love to hear when you all make recipes, and I do take the time to respond to every single comment. Feel free to drop questions below too, if you have them!

Oh and be sure to tag me on Instagram if you make the recipe! Love being able to see these recipes come to live in your homes – it’s my favorite thing to look through those photos. It really means the world to me!

*This is a great cocktail to serve to a crowd! To make 8 servings, you will need 3 cups apple cider, 1 cup cinnamon simple syrup, 2 cups vodka, 1/2 cup lime juice, and 3 cups ginger beer. Mix together everything except the ginger beer in a pitcher and place in the fridge until ready to serve. Top with ginger beer and over ice! 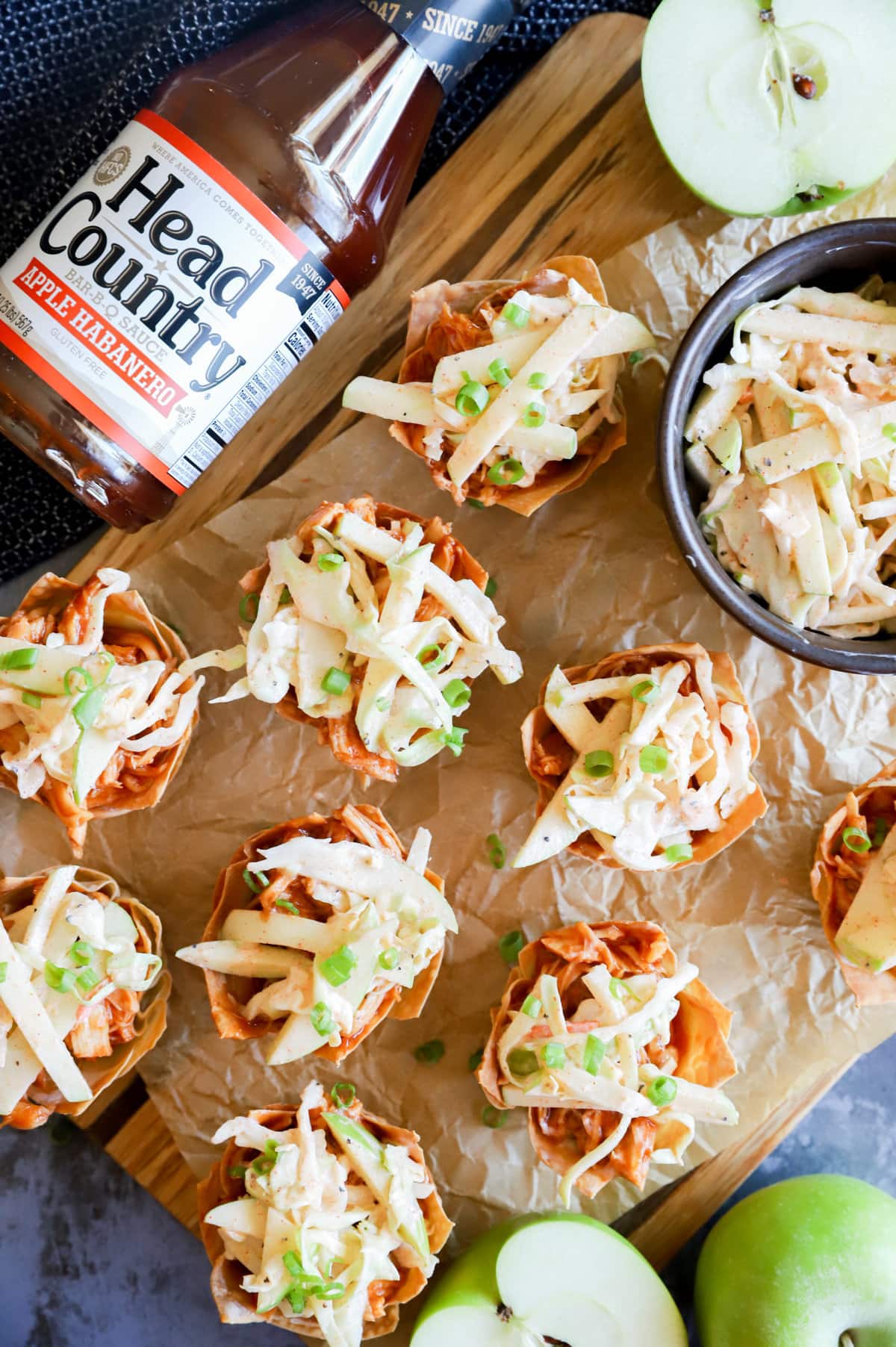 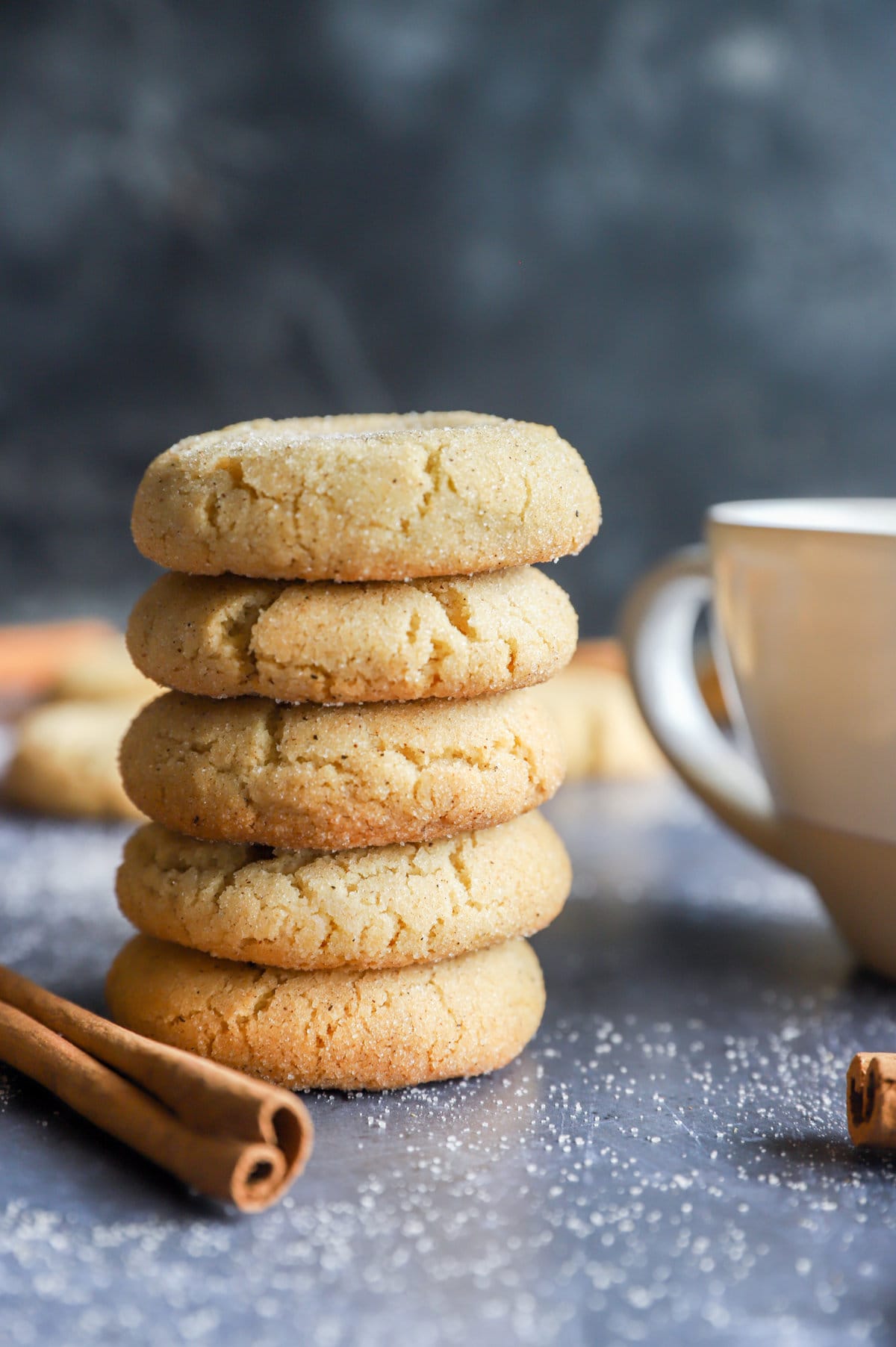 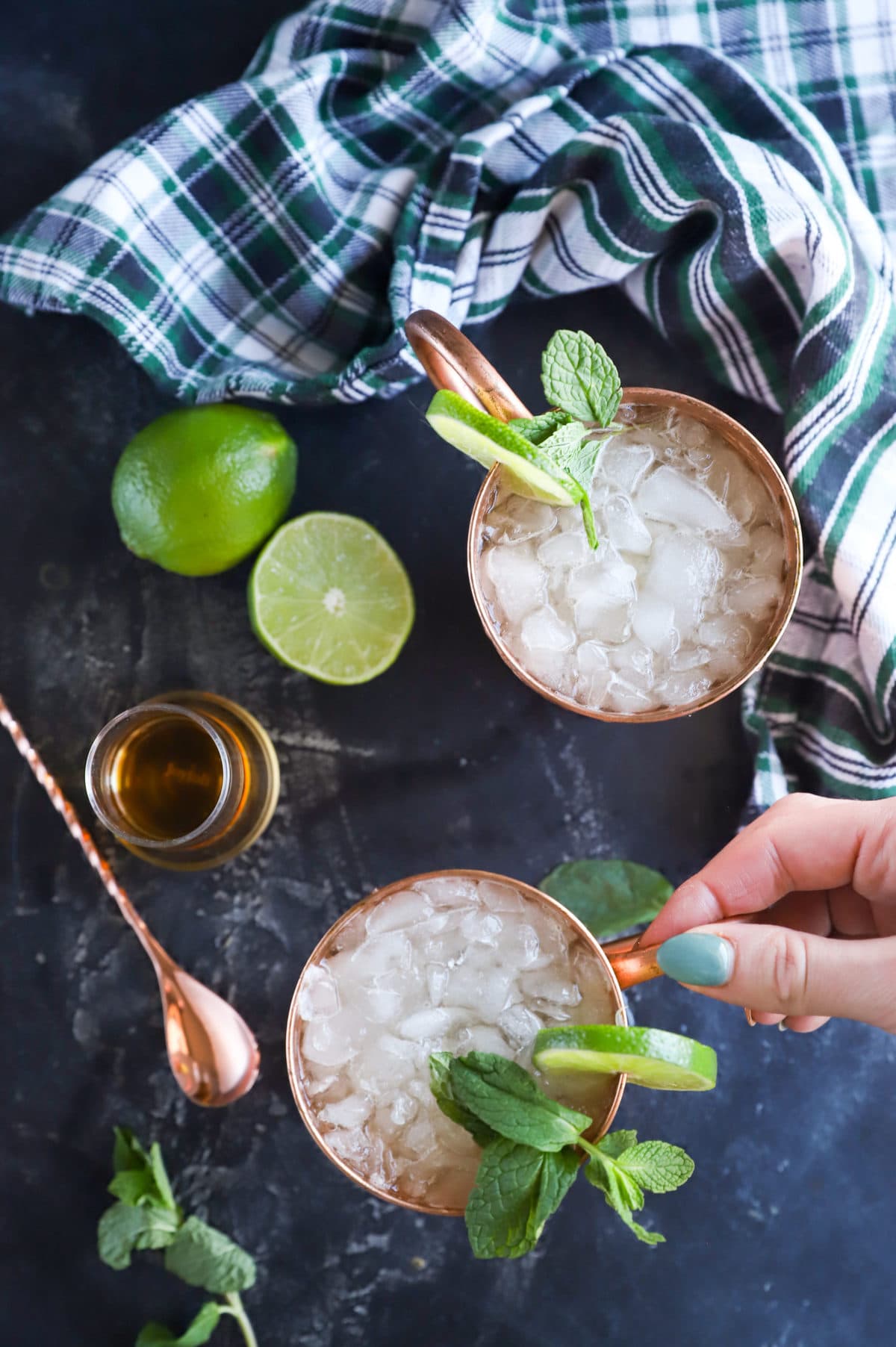 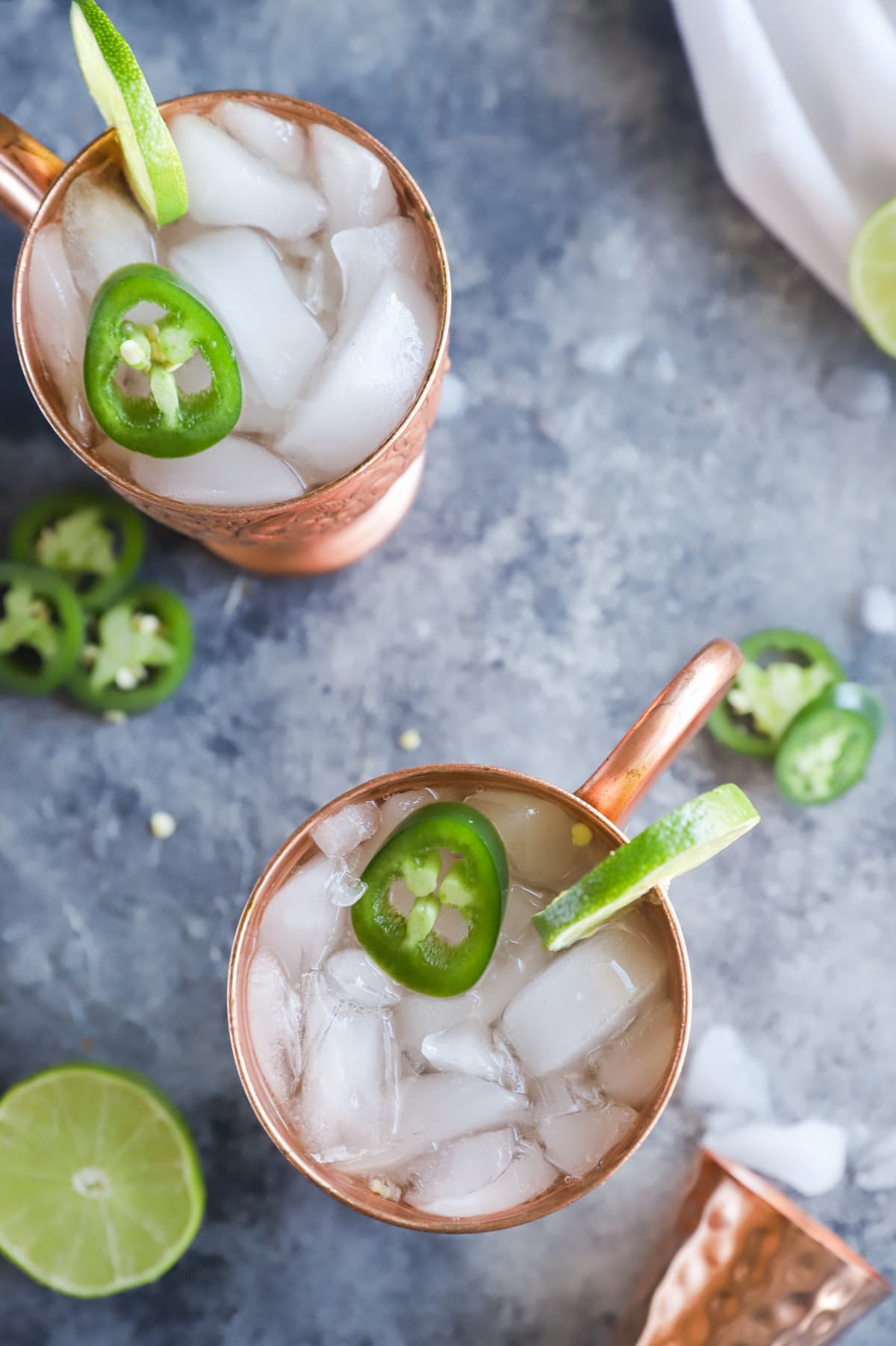 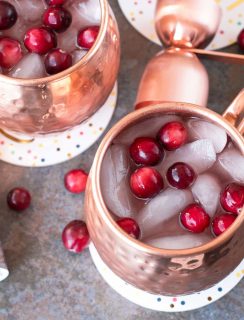