Roasted Plum French Toast with Whipped Ricotta is a gorgeous, fresh dish that is perfect for any special breakfast or brunch you have coming up. The roasted fruit flavor and the whipped ricotta give this French toast a light, airy, tart and slightly sweet flavor you’ll LOVE. 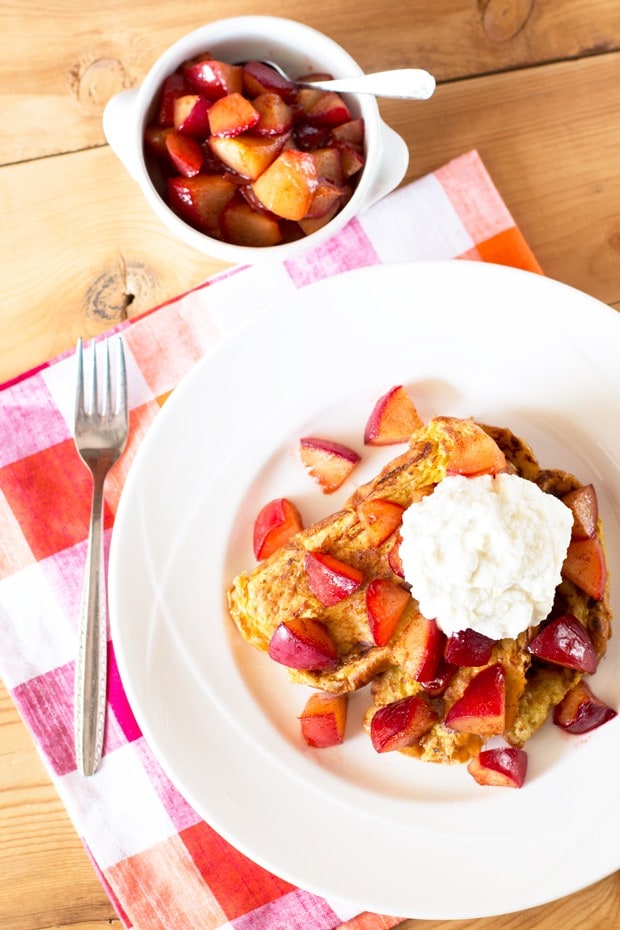 I am not a breakfast person. I am a brunch person.

It’s almost comical how much I hate eating too early in the morning. If you attempted to feed me the same breakfast dish at 8am and 11am, I guarantee you I’ll reject the 8am serving and gobble up every last bite at 11am. 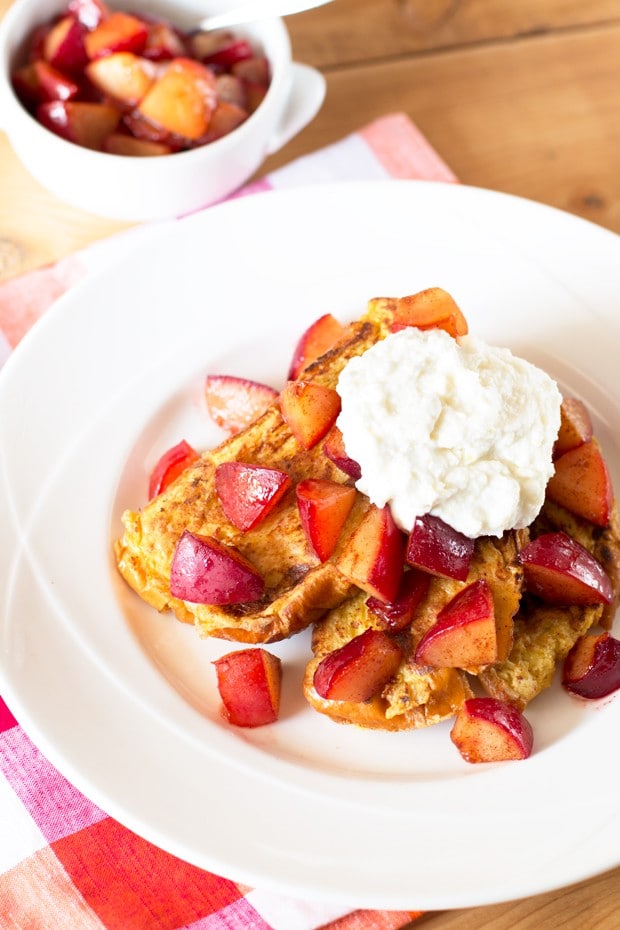 Let’s just call this one of my charming quirks, shall we?

That creamy, lightly sweetened ricotta had me floating on cloud nine… 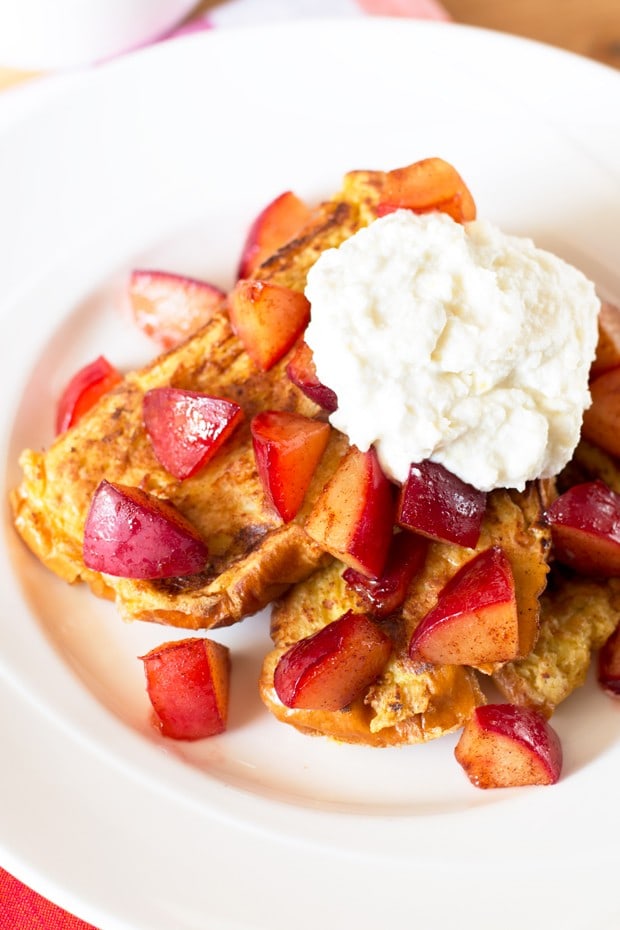 The memory of this French toast popped into my head while I was wading through endless pictures last week and it’s the only thing I’ve been craving since.

This roasted plum French toast with whipped ricotta is one of the best breakfast/brunch dishes I’ve ever made. Seriously.

I had to literally talk myself out of taking a bite between every single shot I took. 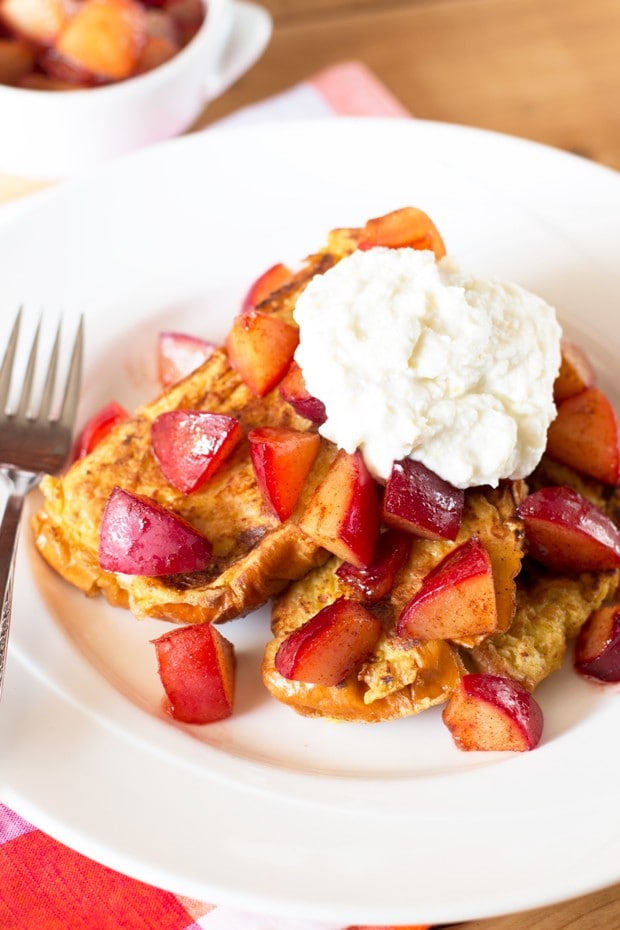 The sweet and tart roasted plums have just a touch of cinnamon and vanilla extract to really bring out their natural flavors.

GAH. There are no words… 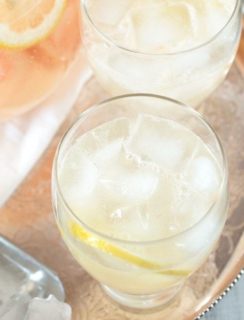 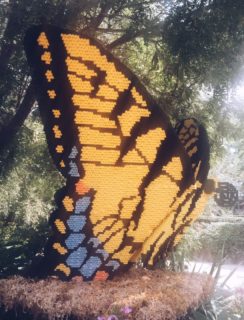