Today is my hubby’s birthday and since he is such a breakfast person, I had to come up with something special for him.

We were watching Chopped a couple of weeks ago and in the dessert  round there were ladyfingers. Now inevitably the dessert round brings bread pudding, ice cream, or some form of french toast. This round was no different as one contestant starting making french toast with the ladyfingers. Something clicked and my hubby and I just looked at each other and were like, “Hey! That’s how we should use up those ladyfingers in our pantry!!”

Fortunately I didn’t have a 20 minute limit to figure out how to make this happen and after a few failed attempts (primarily due to burning…), I made it happen! It was a proud moment, especially because I am NOT a big breakfast person and cooking breakfast (other than bacon) can prove to be somewhat disastrous for me. 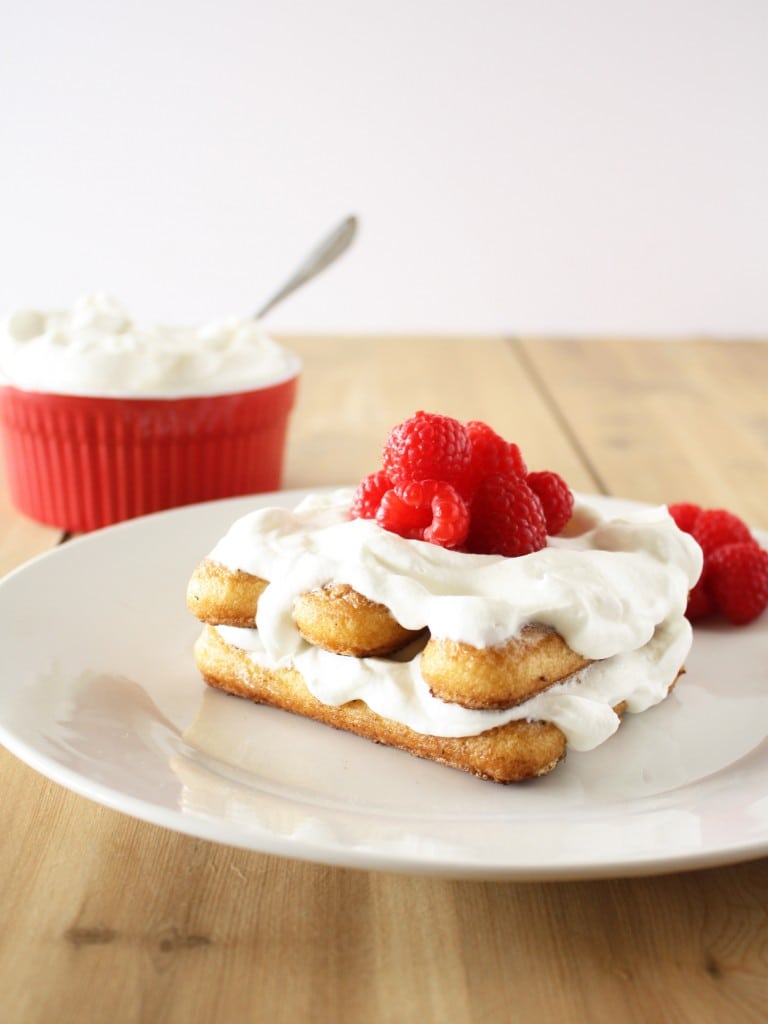 I decided to pile the ladyfingers with fresh whipped cream and raspberries, just like I usually do with tiramisu. The result is absolutely divine. It’s light and fresh and pillowy soft with that little crunch from the slight crust that forms on the ladyfingers after they’ve been cooked.

With that, I leave you to start drooling… 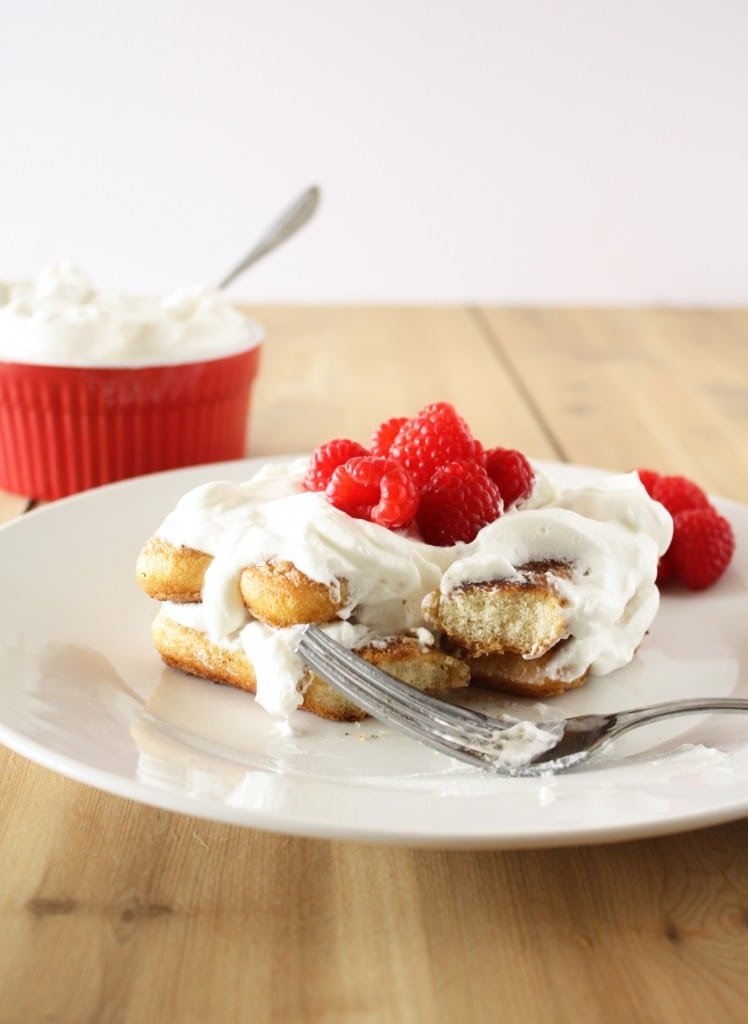 Happy Birthday Hubby! I love you more and more with each passing year. 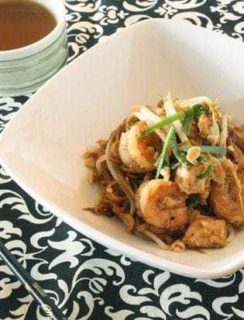 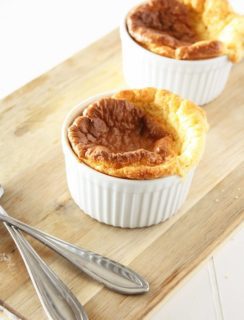