Chile Beer Sangria is a punch of spice and citrus in every sip! The chile-infused whiskey and juicy fruit slices only enhance all the flavors in the beer, making it the perfect sangria for everyone. Plus, you won’t even have to use all of the six-pack you buy, so bonus beers for later! 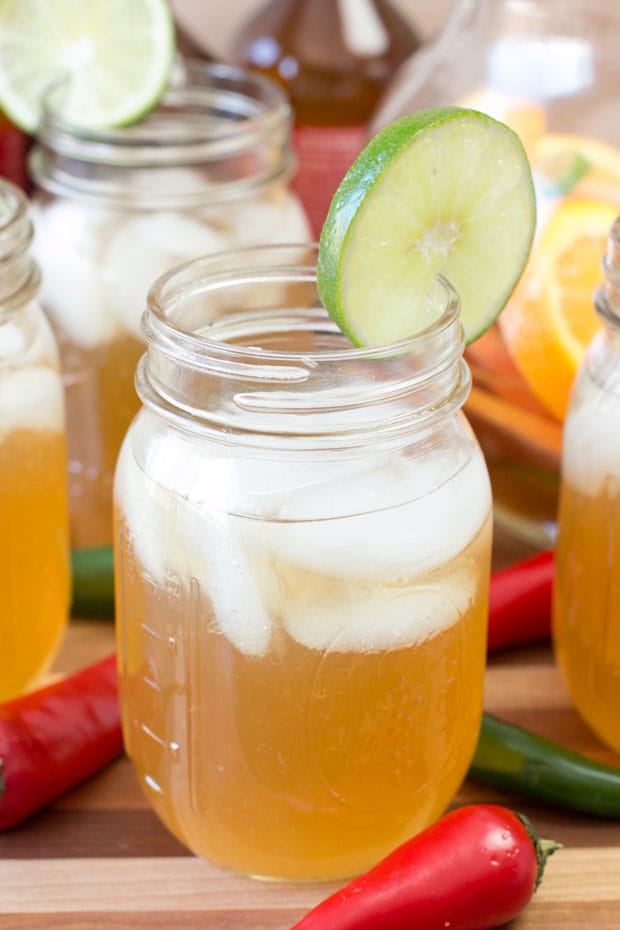 I MADE A BEER SANGRIA.

This is NOT a drill, people. 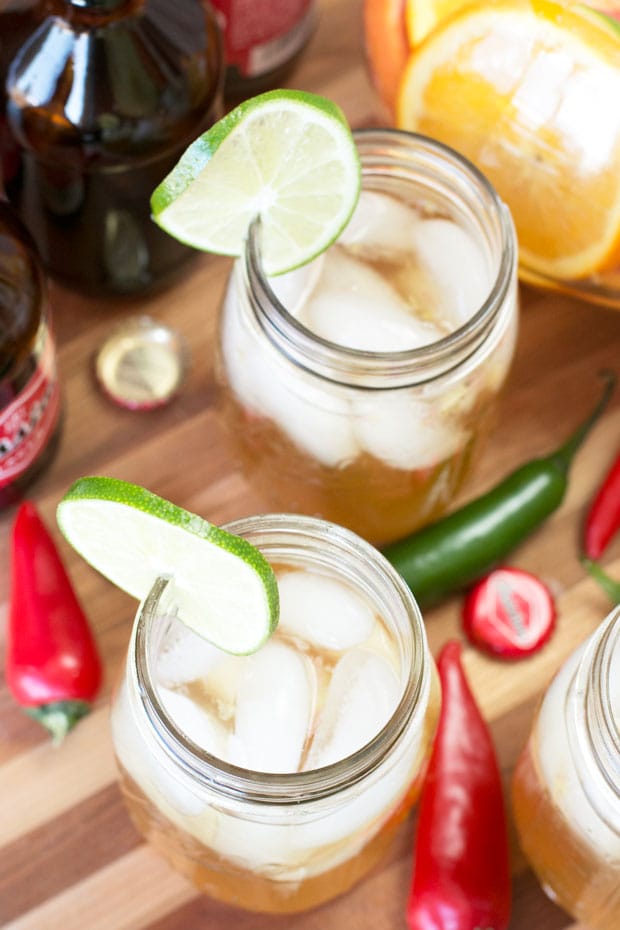 I know there are many of you out there with your jaw dropped, wondering how the heck I could make a sangria with beer. Before you doubt the deliciousness, just trust me. This sangria is a stroke of pure genius and it actually makes the beer taste even more delicious than it already does. 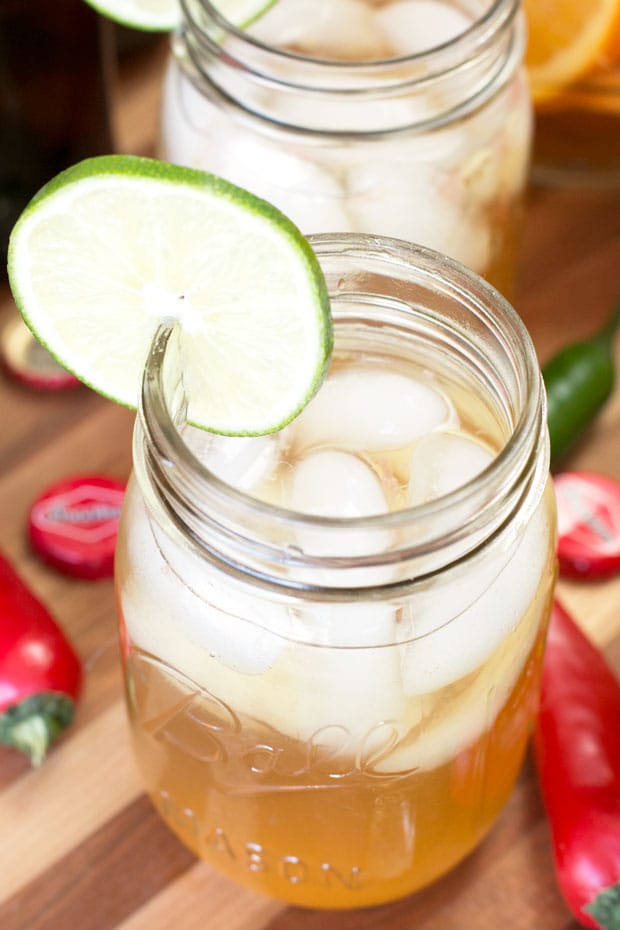 If you’ve been looking for that one drink to satisfy all the taste buds at your big final football party, this is the recipe for you. The chile-infused whiskey brings a punch of spicy flavor, and the citrus slices bring just the right touch of acidity and fruity flavor. Pair all of this with some beer (specifically a lager) and voila!

You have a sangria that everyone is going to lose their freaking minds over. 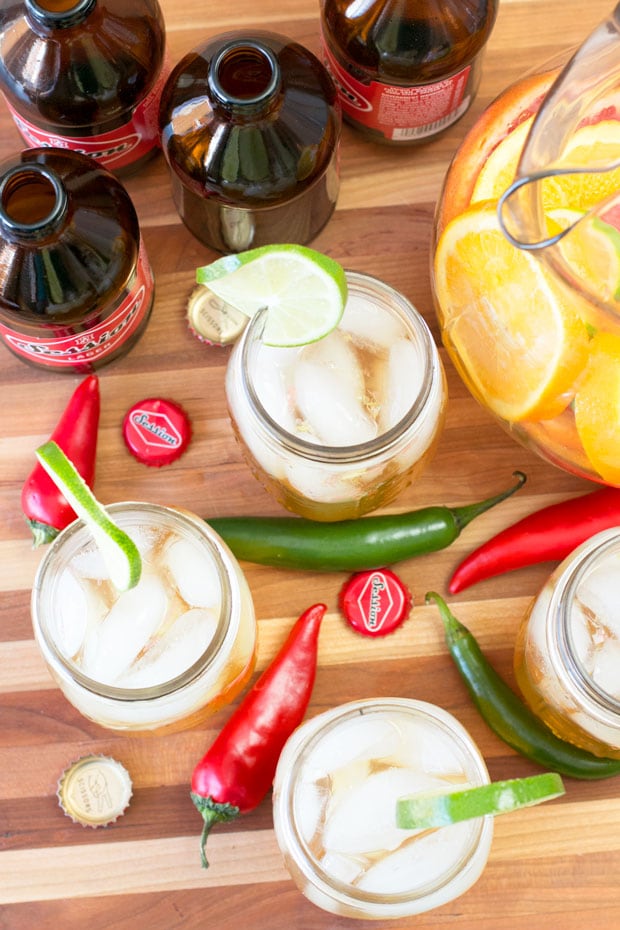 Honestly, I thought this recipe might be one of those crazy shots in the dark that wouldn’t work out as well as I hoped.

It came out even better than I hoped.

Not to mention it pairs perfectly with all of that tasty, cheesy, carb-loaded goodness you plan to stuff in your face when that epic Sunday rolls around. 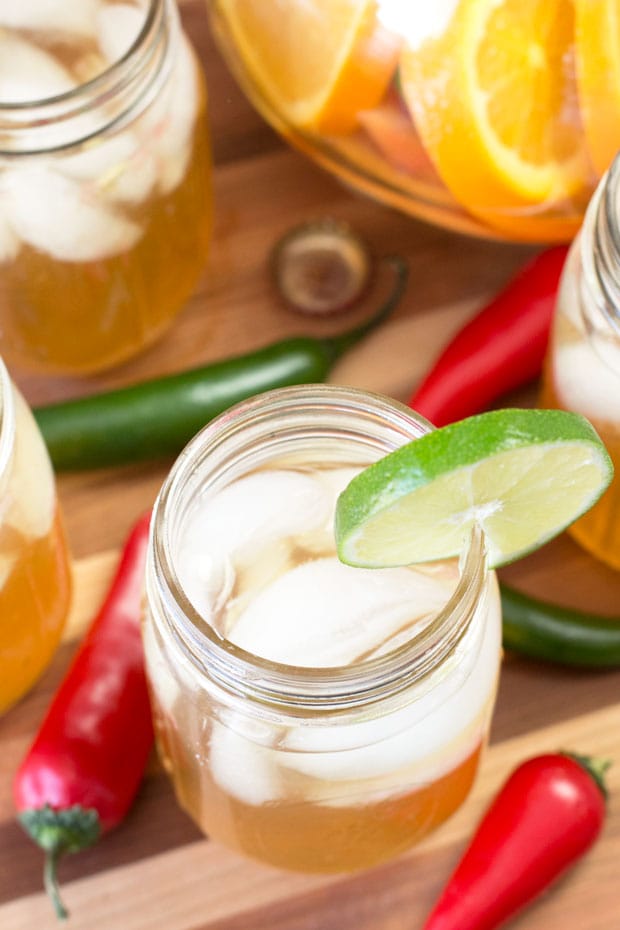 Even though my beloved Broncos won’t be playing in the final game this year, I’ll still be taking the excuse to completely break my diet.

This is the last round up of all the delicious recipes from all the other awesome bloggers getting in on the football craziness! I’ve teamed up with my football blogger friends in one final collaboration to bring you some brilliant Big Game recipe ideas. We’ve made pretty much anything we could to make your Big Game celebration bomb dot freaking com. Grab all the delicious recipes below and start planning your menu now. 🙂 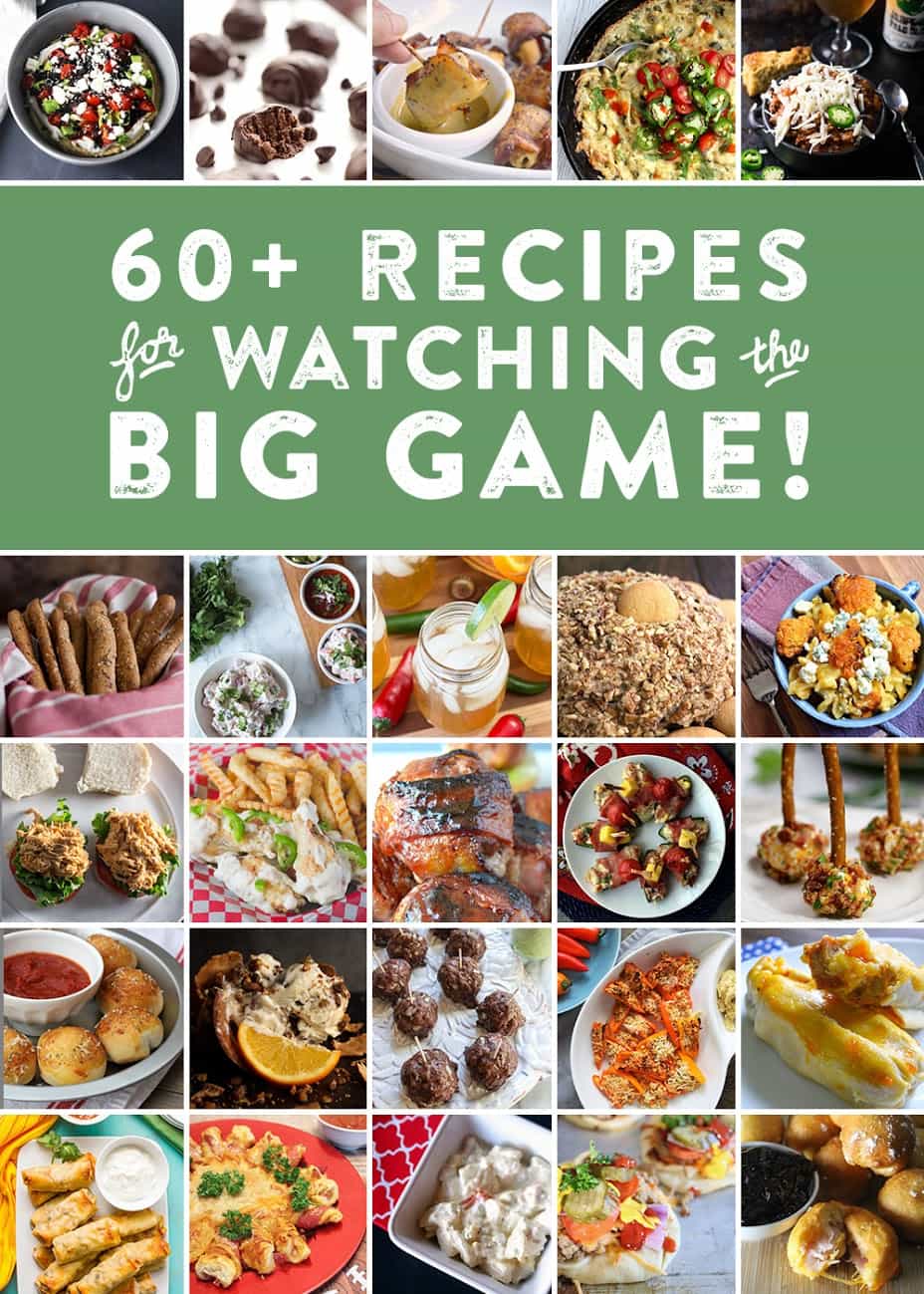 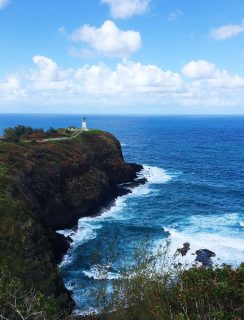 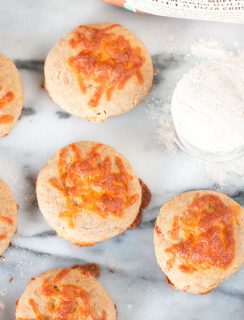