New adventure of the week – trying to spin pizza dough (I don’t believe this is the correct terminology but I am going with it since it sounds better than ‘pulling’). Yea, this is definitely not one of my strengths… It began with a rolling pin but that just wasn’t cutting it with the pizza dough we bought (yes, it still counts as homemade pizza even though I didn’t make the dough. I didn’t say dough made from scratch, now did I?). So I thought about all those shows I have seen where people are spinning their dough in the air with the greatest of ease… This turned into me clumsily throwing dough in the air a couple of times before I realized this course of action could result in the puppy having a yummy dinner made of flour and gluten. So I began tossing it back and forth between my hands, and soon the dough began to stretch. My hopes for a perfectly shaped pizza began to soar until the dough began tearing. At this point I am covered in flour and alternating between pulling, tossing, and rolling the dough out. After all this effort and making a massive mess I successfully ended up with a round shaped pizza – not quite a circle, not quite an oval, but it still had round edges in the end! The rest of the process was a blast. Smothering dough in sauce and cheese and picking out random toppings is just as fun now as it was when I was 10 years old.

Before going in the oven:

The beautiful thing about pizza is that its the one food everyone can like because it can be anything. Don’t like cheese? There are cheese-less pizzas. Can’t eat gluten? There is gluten-free dough. It a smörgåsbord of fantastic flavors and textures (Side-note: did you know that’s the proper way to spell smörgåsbord? You learn something new every day!). The options are endless. Thin crust, hand-tossed (or pulled/stretched/rolled in my case), deep dish, veggies, meats, cheeses, sauces, I could go on and on. Everyone can relate to it and everyone knows how to make it the way they like it.

A little while ago my husband and I watched my five cousins for a weekend. They are all between the ages of 6 and 13. What did we decide would be the best meal for them? PIZZA! And we had them help make it. Now THAT was fun. Watching their imaginations go wild with different shapes they could make their pizzas into was hysterical. A heart, a dog, a tomato, a calzone, everything was possible. For my 6 year old cousin, it was deemed an absolute necessity to spell my name out in cheese on the top of my calzone. If you know any other food that can result in this much fun, please tell me. Hell, if you know another food that can be so relatable to so many different people, please tell me.

To me, pizza has always been a great way to bring people together. Everyone knows what it is, even if they have never tried it. Everyone has a memory associated with pizza (at least everyone I have ever met). For me, thin crust reminds me of high school and going to Anthony’s pizza for a slice because that’s all I could afford or college when that was the best pizza you could get at 2am while walking off the alcohol. Deep dish reminds me of going to Old Chicago’s as a kid in Kansas City because that was one of our favorite places to go. Homemade pizza still reminds me of my mom and all those times we would make our own personal pizzas at home. Pizza is the ultimate way to have fun being creative with food; even if you are only making a simple cheese pizza you can still have fun trying to find a way to spin the dough or shape it into a cactus.

I am sure I didn’t have to convince you of the wonders of pizza, but if I haven’t by now, you’re a lost cause. Let me circle back to my new flavor/adventure of the week. This pizza adventure begins my dive into new flavors and a whole new project. Once a week, at the very least, I will be challenging my palate to new worlds of flavor. It’s time that I put the thousands of recipes sitting on my bookshelves to good use! Since my experiences in the kitchen always end with a mess, I am sure every new flavor will be accompanied by some involved tale, detailing my overall awesome ridiculousness. 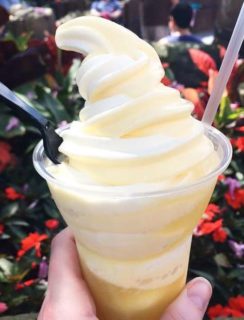 Confessions of an Addict PREVIOUS Making It From Scratch Tastes Better NEXT