Pavlova was one of my favorite desserts growing up. Both my mom and grandma made it perfectly (I was very spoiled) and it was something I would look forward to in the summer. 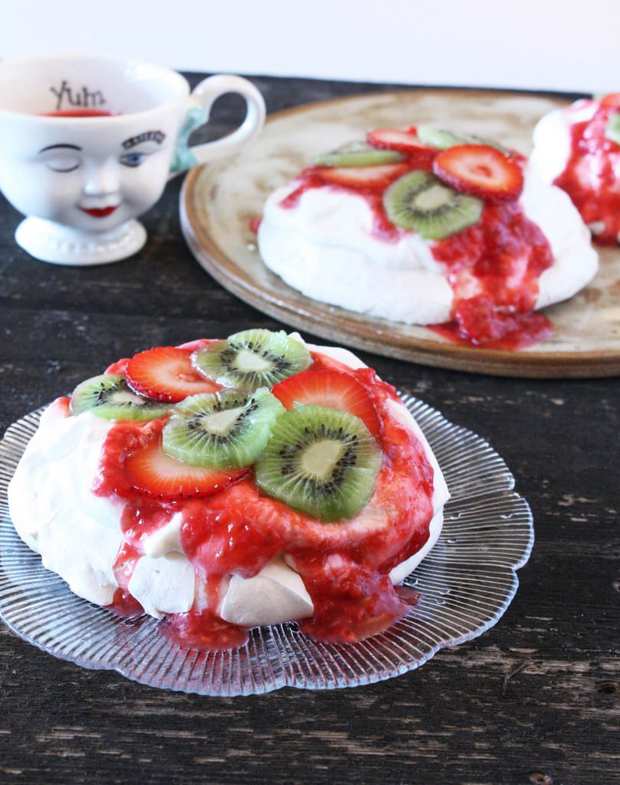 The light, fluffy meringue is hard on the outside, soft and luscious on the inside. When you top it with fresh whipped cream, raspberry sauce, and fruit it all comes together in a light, cool, cream dessert that is SO much better than the traditional fruit tart you generally see at picnics.

The big thing I remember about the pavlovas I had as a child was how messy it would get and how difficult it could be to cut a slice that didn’t either break or lose half the topping. I decided to take the traditional pavlova and make smaller versions so you get a whole individual pavlova all to yourself (you could probably share it with one other person but who wants to do that??). 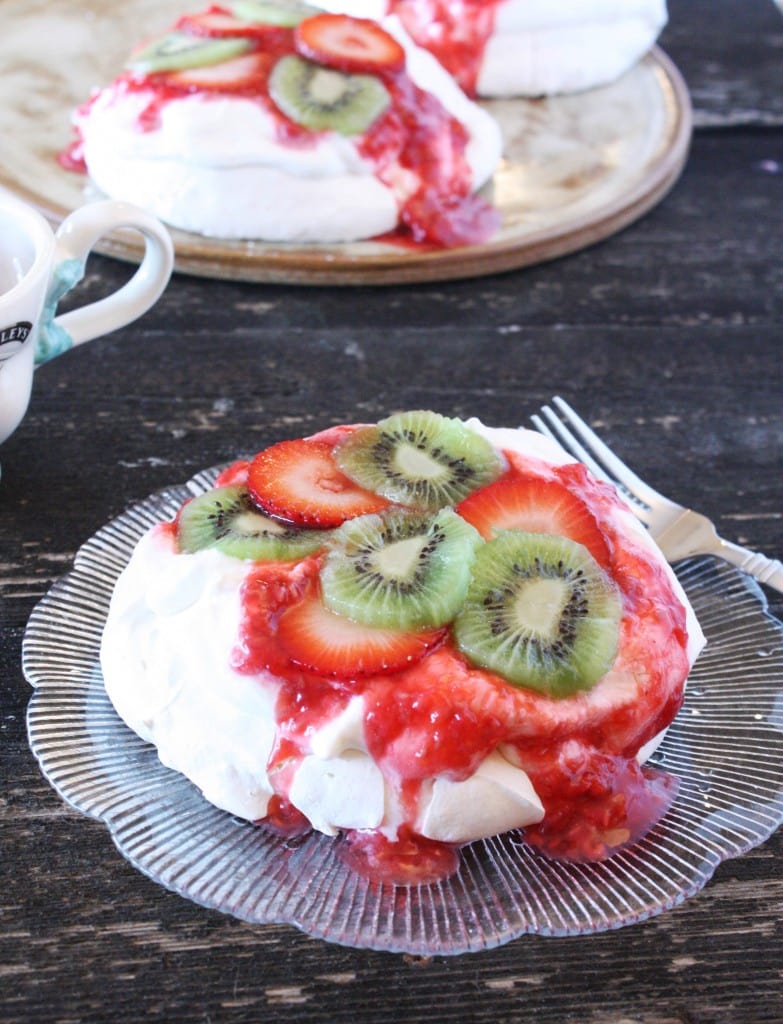 Now I have not been very successful with meringue in general in the past but I thought I could channel my grandma’s spirit in the kitchen and hopefully that would give me some luck.

My grandma must have been looking over me while I was making these pavlovas because the meringue came out beautifully. It could have also been this guide to peaks that I found and followed very closely… If you are not 100% familiar with soft peaks vs firm peaks vs stiff peaks, I highly recommend this guide. It was easy to follow and helped me figure exactly when to stop my mixer.

It’s literally impossible not to let out a groan while you are eating this masterpiece of a dessert. 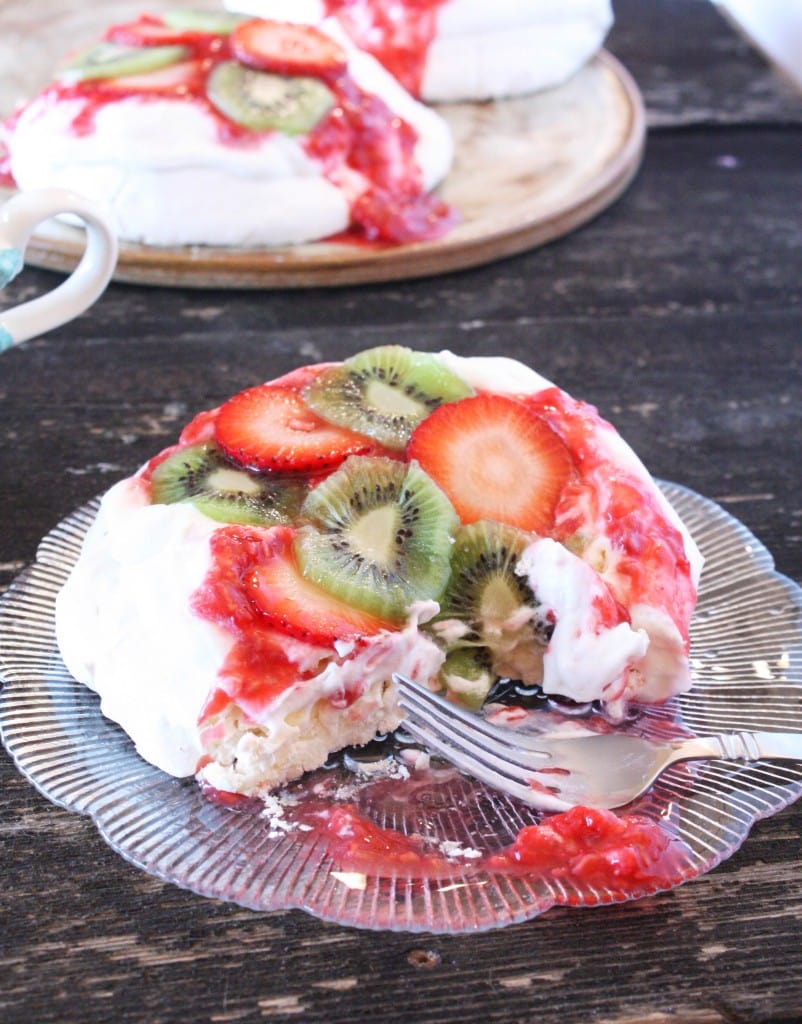 It is every bit as magical as it was when I was just a little first grader trying it for the first time.