Chicken Spinach & Artichoke Dip French Bread will score you a major win at your next tailgating party. The classic creamy, cheesy dip is loaded up with chicken and slathered on French bread, then topped with even more cheeeeeeeese. WINNING. 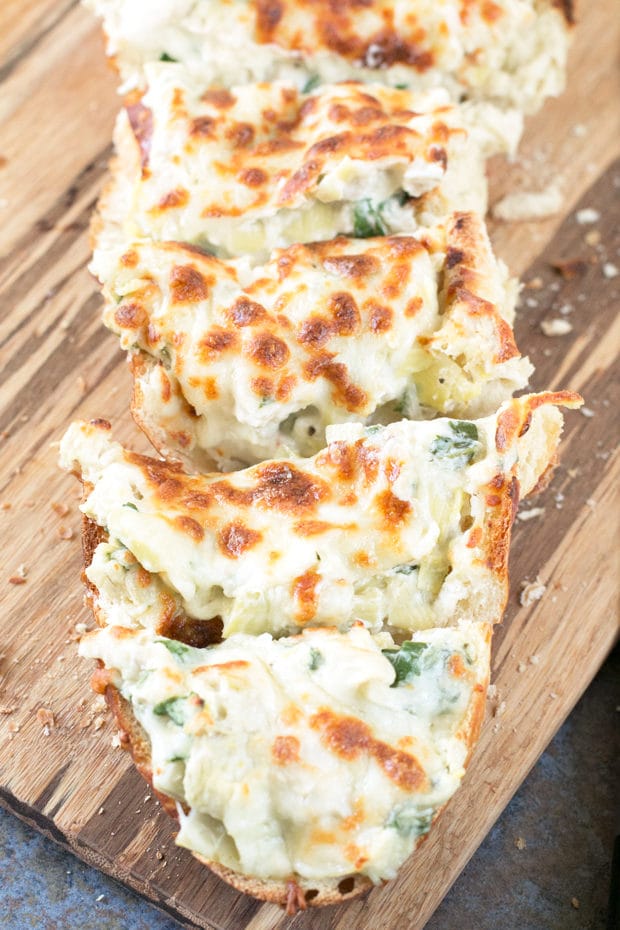 I can’t lie, the start of football season signals my favorite time of year. First comes football, then the weather changes, then pumpkin everything followed by my birthday and all of my favorite holidays. From here on out, there’s nothing but feasting and massive celebration week after week after week. 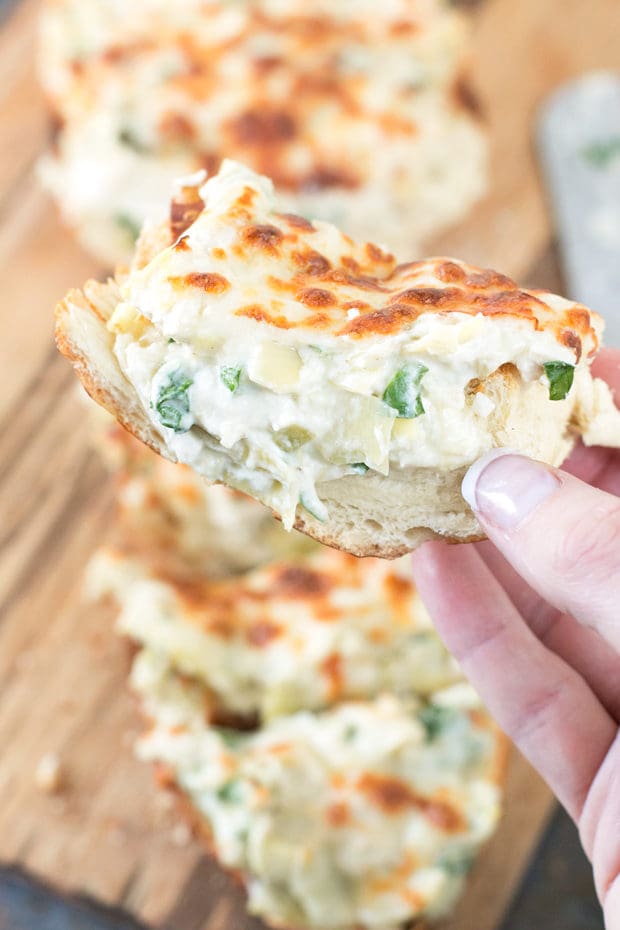 Yes, even if my home team loses, there will still be celebration… Obviously the Broncos aren’t as well set up as they were last year, and who knows what kind of mess of a fantasy team I’m going to get myself into, but I will be obnoxiously rooting for my Broncos every dang week. 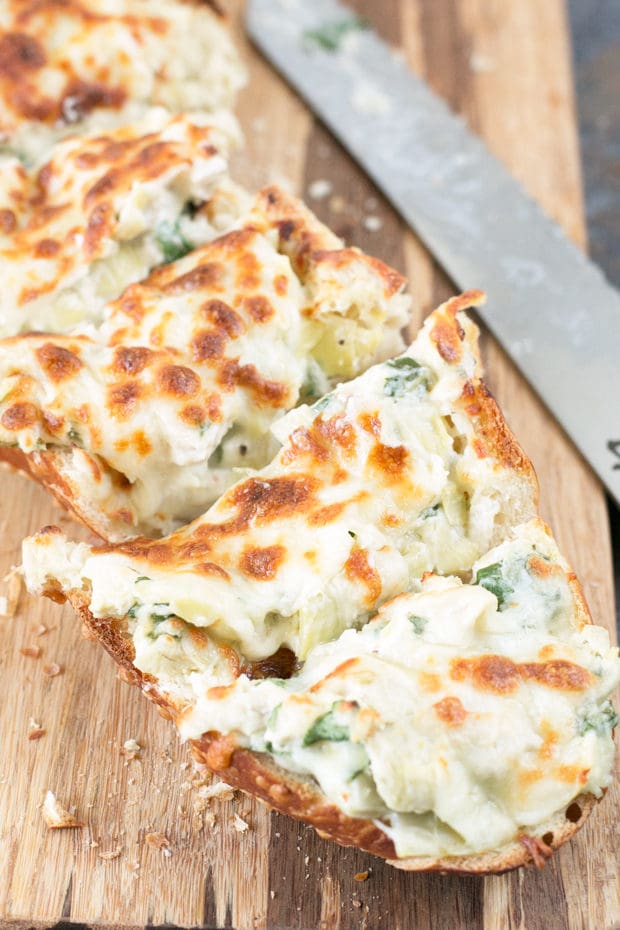 While I root for them Broncos (and attempt to mimic Von’s sack dance – don’t even pretend like you haven’t tried too), I’ll be shoveling giant slices of this chicken spinach and artichoke dip French bread in my face.

This is what I think of when I image the perfect tailgating/game time snack. All that creamy, cheesy goodness with extra amounts of cheese and carbs – plus a little protein – to balance out all those beers and cocktails you end up throwing back either out of celebration or frustration. 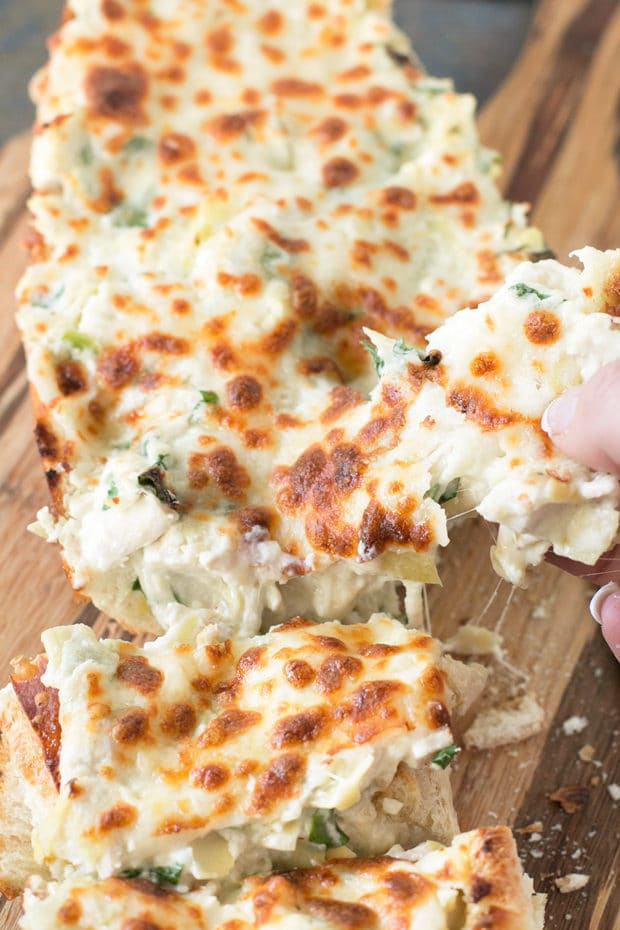 It’s got everything you need to win over all your friends and family that are coming by for the start of the season next week. Even if you aren’t rooting for the Broncos, you can still dig into this cheese and chicken madness. 😉

Btw, not only am I bringing you football deliciousness, but so are some of my fav blogging friends from all across the country – 64 of them to be exact! We’re all representing our home teams with recipes throughout the season, so make sure you check out the entire roundup below!! 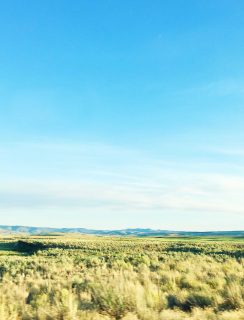 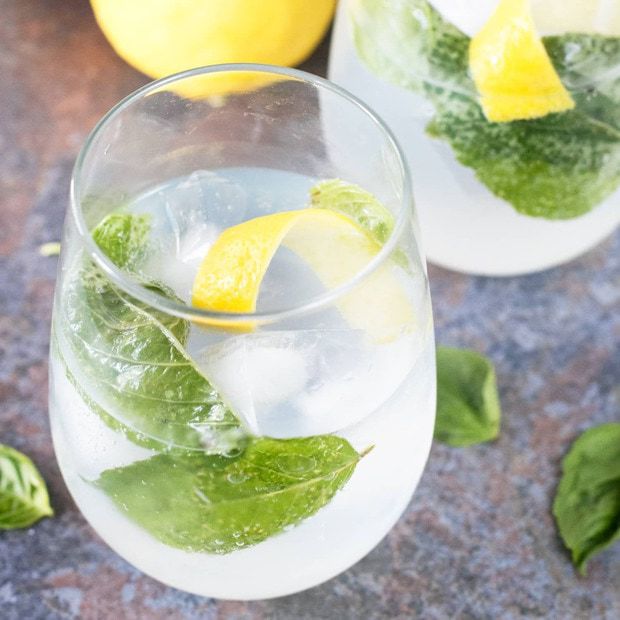