Cajun Shrimp & Andouille Sausage Stuffed Potatoes are the ultimate way to do surf ‘n turf, potato-style. Stuffed with the flavors of New Orleans, these spicy cheesy over-the-top potatoes are a serious crowd-pleaser. 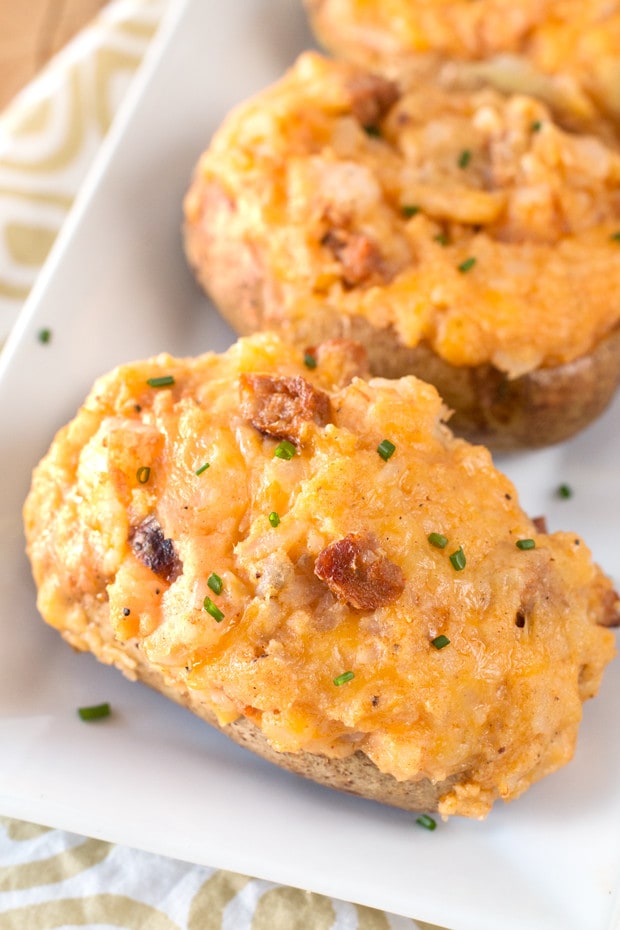 *welp* I think I went a little overboard with these potatoes… In the best way possible. Can you blame me though? There’s not a lot out there that’s better than a twice-baked potato stuffed with some surf ‘n turf action. Unless we’re talking about poutine of course… But I digress.

The real genius of this recipe revolves around the potato – well, russet potatoes to be exact. Potatoes are a staple in my life, russets in particular. You all know it’s not because I’m a meat and potatoes kind of girl. It’s because potatoes are so gosh darn versatile! There’s an endless stream of recipes you can make from all over the world with potatoes. They are even good for you. Scary I know… 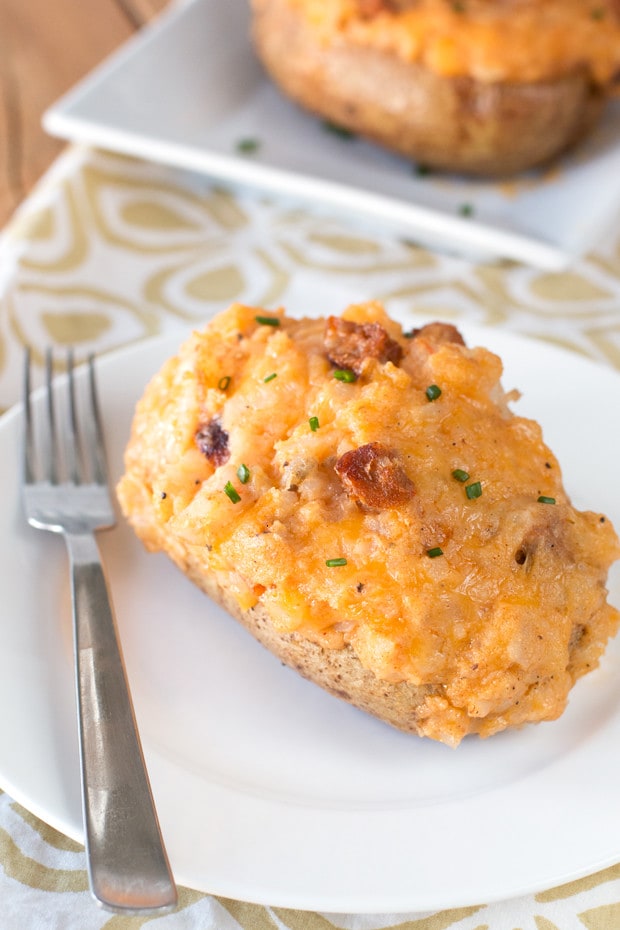 But they have those important things like potassium, fiber, vitamin C, B6 and iron – you know, the stuff that keeps you alive and such. Plus they are ridiculously cheap when compared to most of the produce out there AND they don’t taste like kale. I mean, there’s really no way to lose with a potato.

Especially when you’re loading it up with lots of goodies like these New Orleans-inspired twice-baked potatoes. The inspiration for such genius (yes I know, genius is pushing it a bit)? I kept seeing Mardis Gras cake posts floating around the blogosphere, but my patience with baking recently (well baking desserts, i.e. a king cake) has been short. I took my inspiration to dinner instead. Voila, cajun inspired dinner, all packed into a glorious russet potato. I guarantee you won’t be disappointed with this recipe, folks. 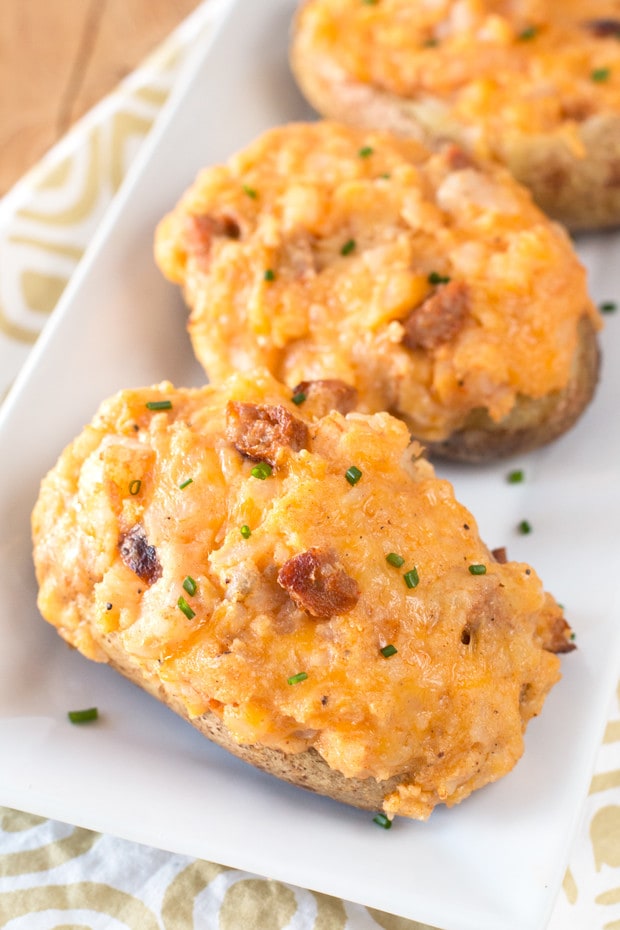 Disclosure: This post is sponsored by the U.S. Potato Council. While I was compensated for my time, as always, all opinions and recipe are my own. Thanks for supporting the brands that support Cake ‘n Knife!

Check out this recipe for even more potato fun! 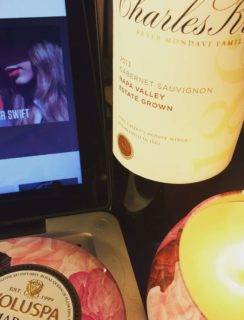 My Ultimate Bloody Mary NEXT