A Whiskey Skillet Brownie with Bailey’s No Churn Ice Cream is just the indulgent dessert that will make you feel like you found the pot of gold at the end of the rainbow! Irish whiskey give the dark chocolate brownie added richness, and when topped with easy-to-make Bailey’s no churn ice cream, it’s a flavor explosion of Irish classics that is perfect for any get-together you have planned for St. Patty’s Day. Pair it with whiskey and you’ve got a party 😉 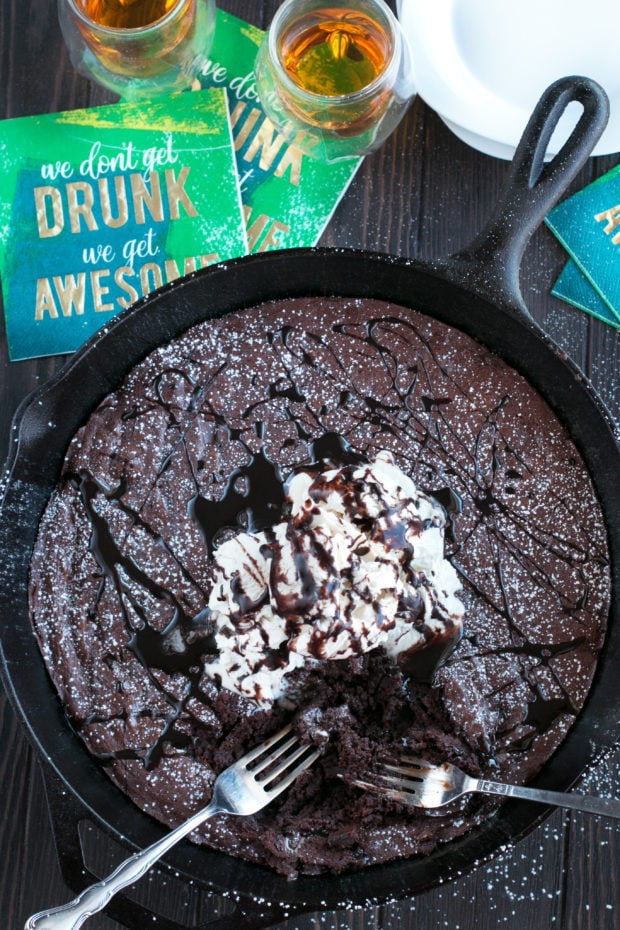 Please note that some of the links below are affiliate links. If you make a purchase through one of these links, I will receive a small commission.

Whiskey and chocolate is a wonderful thing. 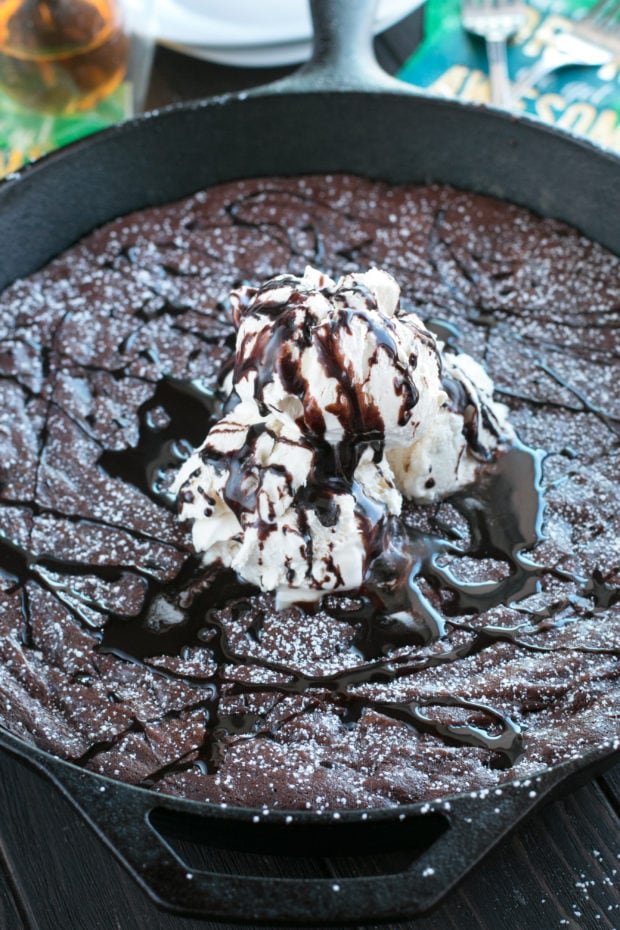 Really, this is what St. Patrick’s Day should be about, isn’t it?

A giant skillet of gooey chocolate brownie that’s been infused with Irish whiskey and topped off with Bailey’s No Churn Ice Cream (AND Bailey’s Hot Fudge). Plus a side of your favorite Irish whiskey. 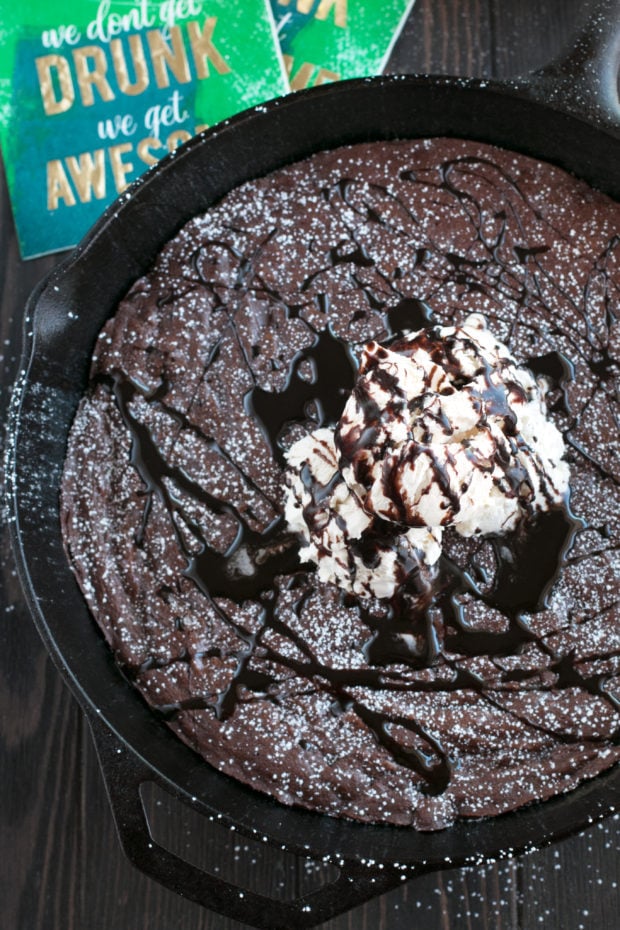 I mean, just gimme a spoon and let’s freaking dive right IN.

The combination of whiskey and chocolate isn’t utilized enough and it really should be. That sharp and rich whiskey with the bitter sweetness of the dark chocolate really makes it a memorable pairing that you honestly won’t be able to stop going back to time and time again. 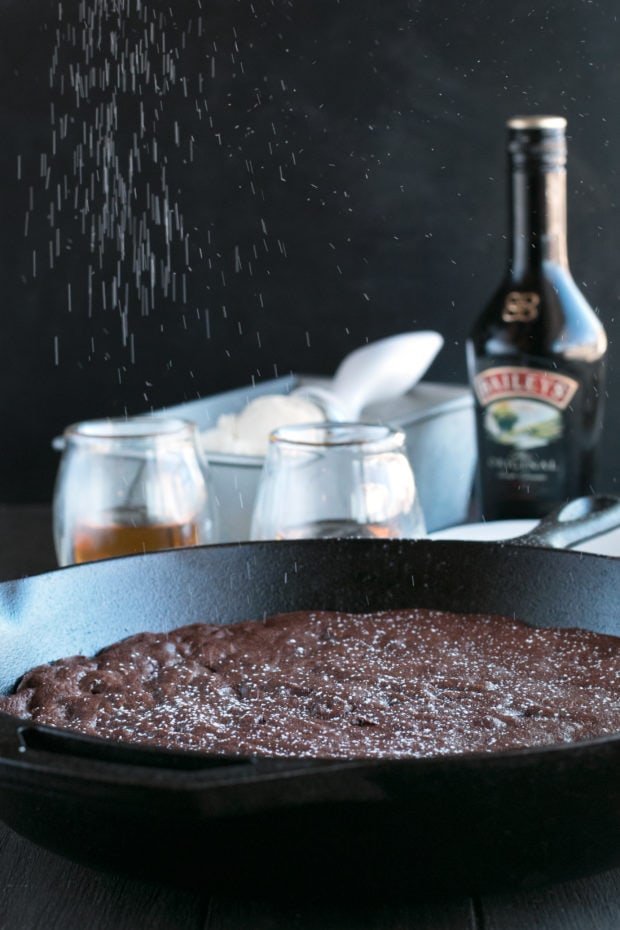 When I think about St. Patrick’s Day, I think about gathering around the table with a bunch of beer, whiskey, and other Irish delights. That’s why I thought of busting out this kind of dessert for the holiday!

It’s an easily shareable dessert that will feed a crowd, and you can just serve it up right there in the skillet. 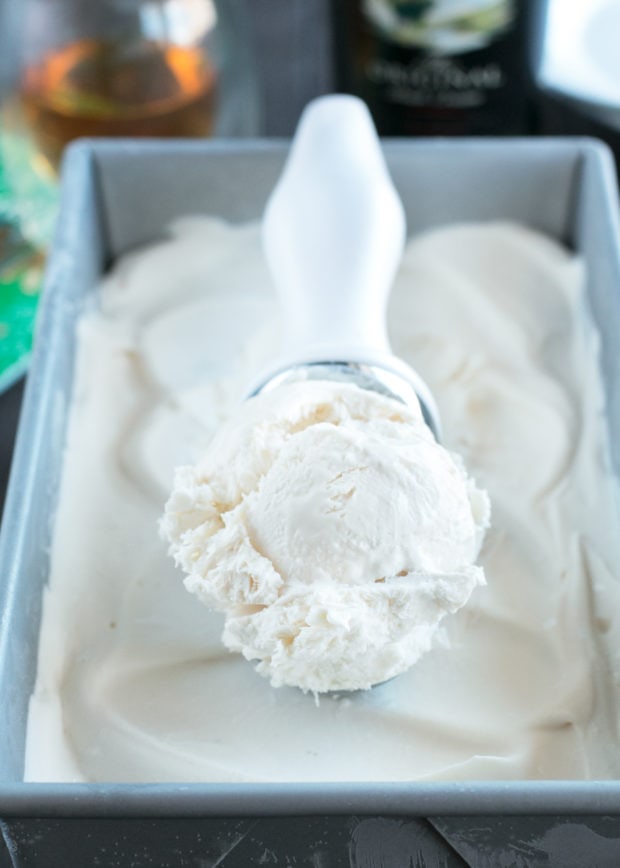 Because, as everyone knows, the less dishes to do the day after St. Patrick’s Day, the better. Am I right?

If you have a bigger crowd coming you can easily make two skillets, and I would highly recommend try a different type of whiskey in each skillet batter. It’s a fun way to experiment and really get those taste buds tingling. 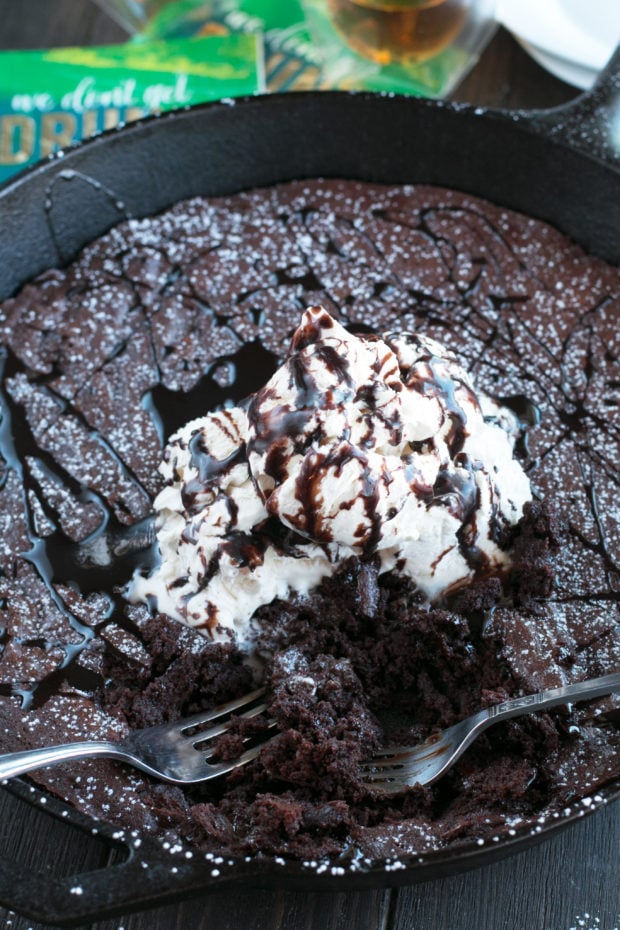 Any whiskey lover will definitely approve! 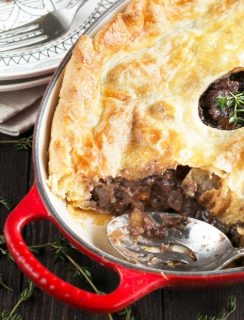 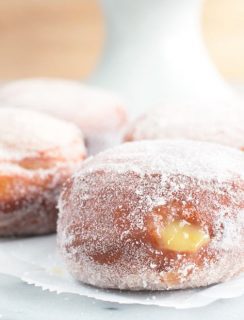