Slow Cooker Apple Cider Chicken Sliders are the ultimate fall tailgating slider to be adding to your menu for game day! The chicken gets all juicy and apple-infused while it’s cooked in the slow cooker, making it the ideal pairing for a crunchy, zesty apple cabbage slaw. Game day eats during these first months of fall don’t get much better than this. 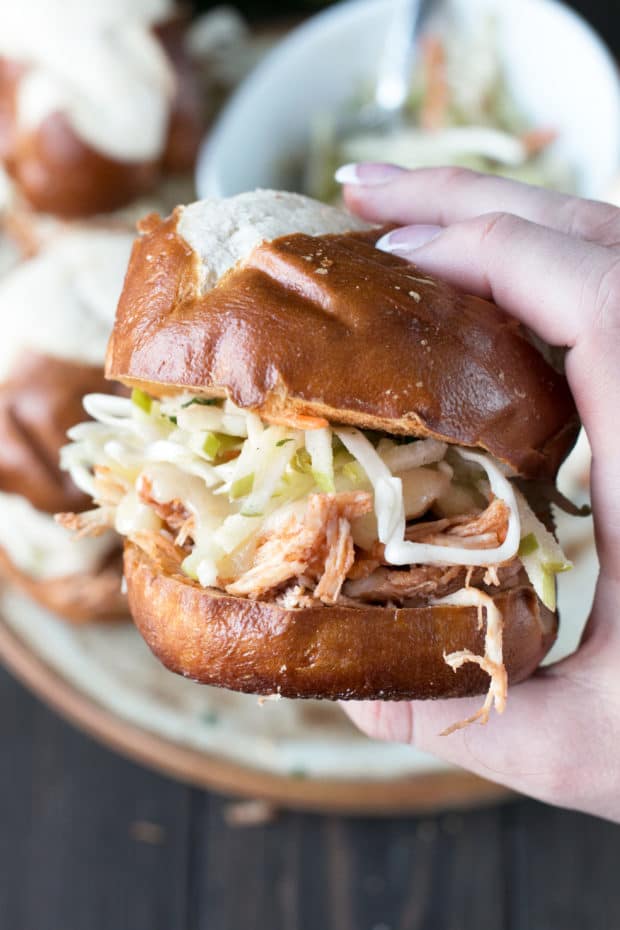 Please note that some of the links below are affiliate links. If you make a purchase through one of these links, I will receive a small commission.

Apples, apples everywhere and not a one to pick… 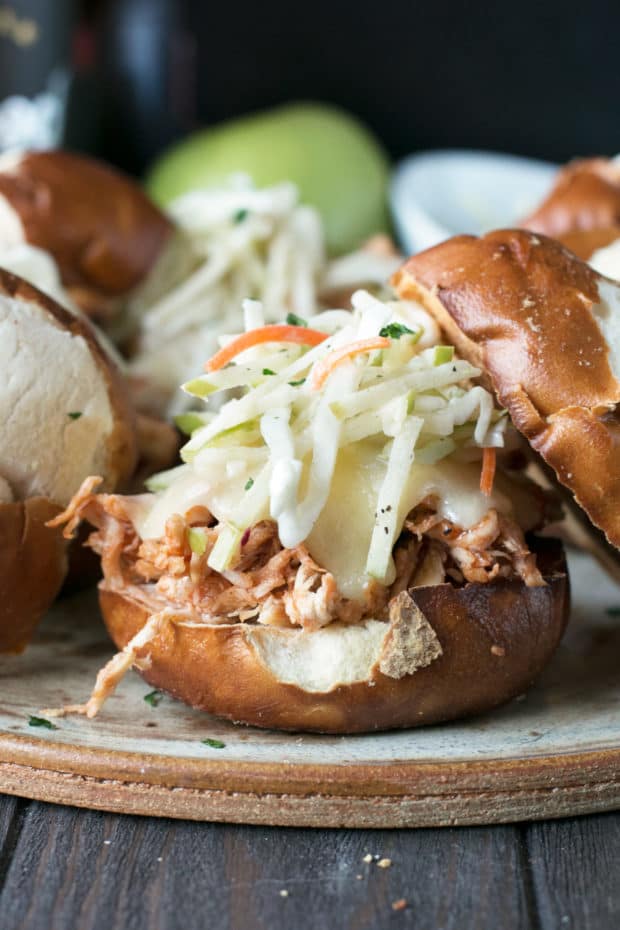 Apple anything is one of those fall time flavors that brings me back to years and years of memories about fall.

When I lived in Kansas City, my favorite part about fall was when my mom and I could go out to the apple orchards to pick apples. We would pick apples all day long, try different types of honeys, and always grab some cider for the long drive home.

I would love to search for the prettiest apples – you know the ones that were perfectly red like the poisoned ones in Snow White?

Back then I had jet black hair cut short with bangs and oh-so white skin, so I pretty much WAS Snow White (at least that’s what all the school photographers would call me when I went to sit for my yearbook picture…).

I used to hate it, but when I was in those apple orchards, I would play the game of finding the perfectly red apple with one part that was a little green.

I would pretend it was the part of the apple the witch forgot to poison so when I took a bite, I would be safe.

It’s funny how these memories come rushing back when you think about certain foods, isn’t it? 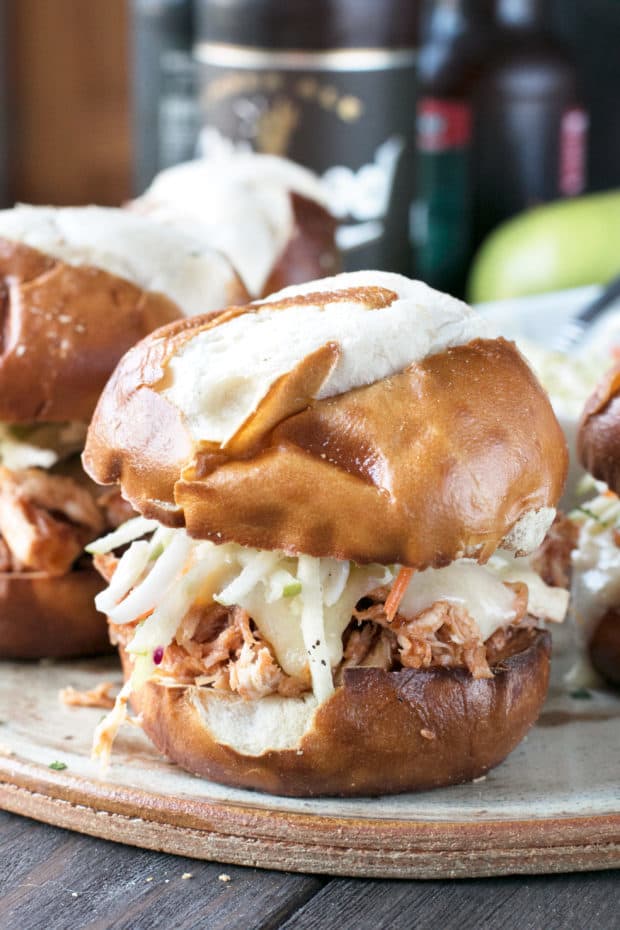 Anyway, apples are such a staple in my fall menu, but I have never really explored the savory part of the apple.

So I decided to take all those flavors from those orchard trips I used to take and infuse them into some juicy, oh-so tender sliders just for prime tailgating season! 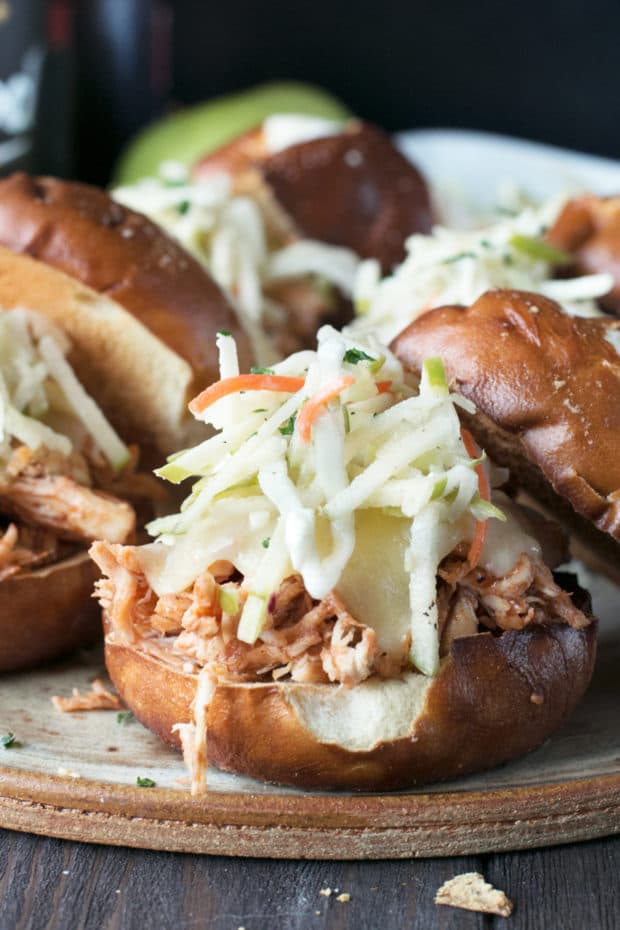 The chicken is slowly cooked with apple cider and apple cider vinegar to make it nice and juicy. It practically melts in your mouth, it’s that tender.

You pair this apple cider chicken with a toasted pretzel roll and white cheddar cheese, and you have a pretty amazing handheld sandwich… 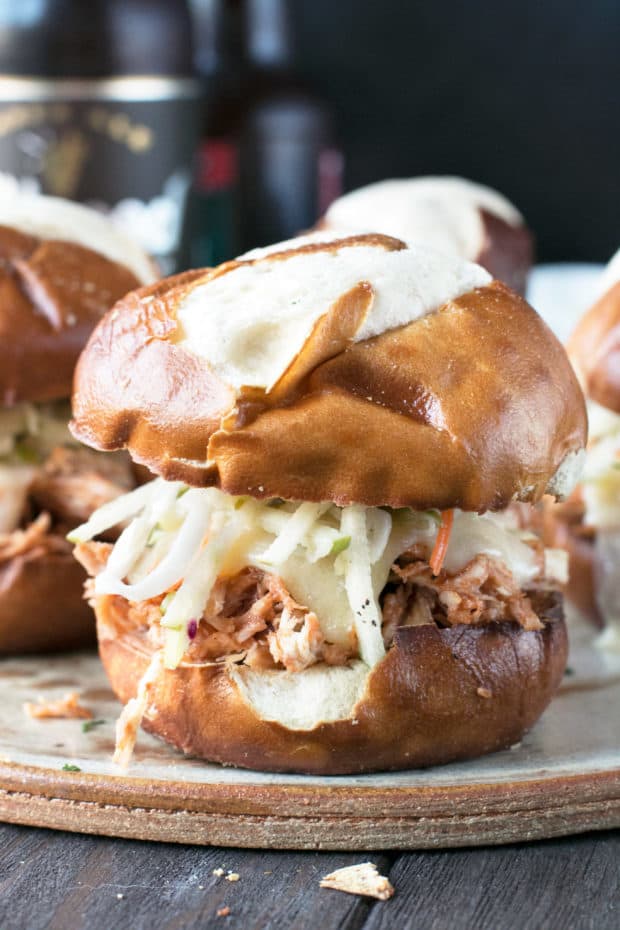 To top it allllll off, I pile on a crunchy, zesty apple cabbage slaw that gives you an extra tang from the Granny Smith apple. It’s just the right combination of savory and sweet, tangy and crunchy… plus it’s nice and filling so it’s great for serving  on game day!

Let’s celebrate fall and tailgating season a little more, shall we?!

I am partnering up for another year of tailgating recipes with some of my fav food bloggers! From Pumpkin Pulled Pork Bowls to Chorizo Stuffed Bacon Wrapped Dates to Jalapeño Ranch Dip, you’ll find everything you need to win at this whole tailgating thing below the recipe! CHECK. IT. OUT. 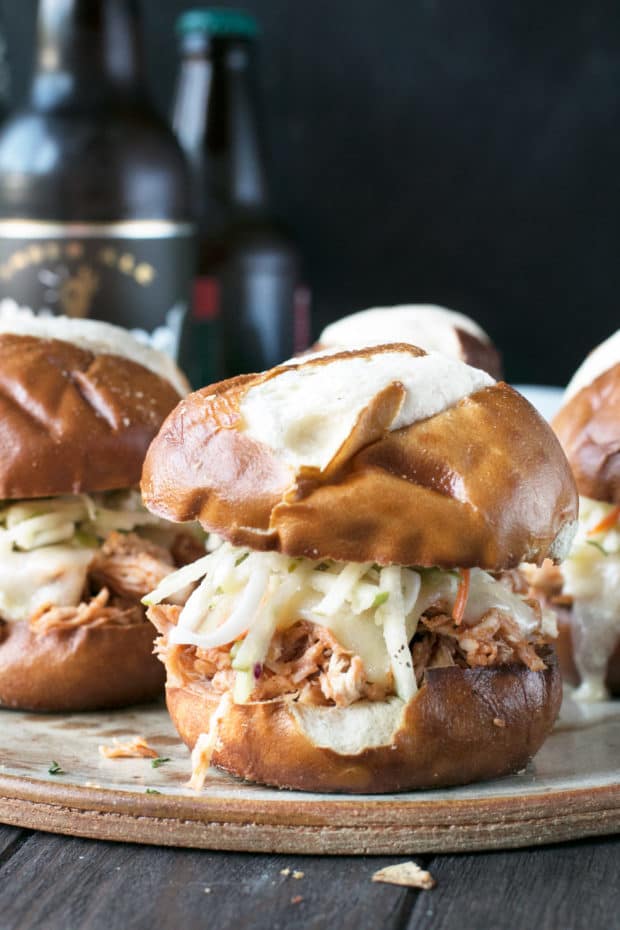 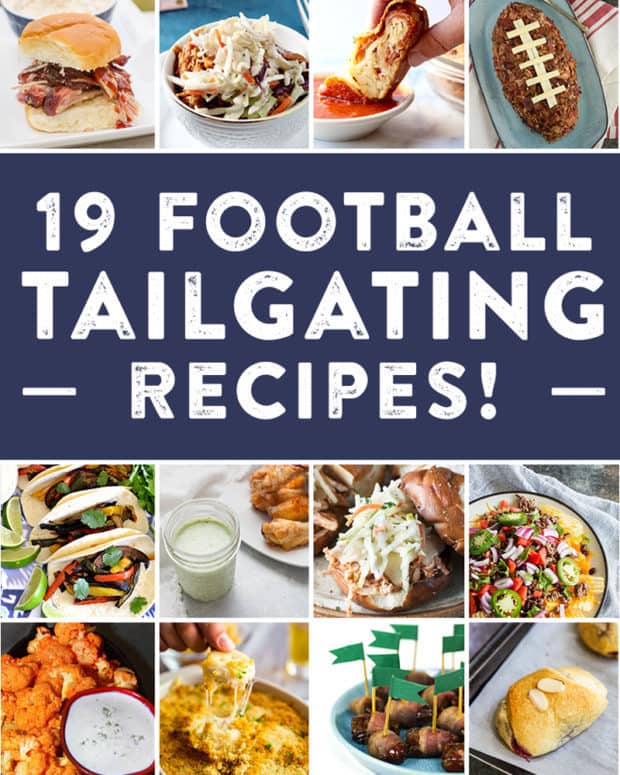 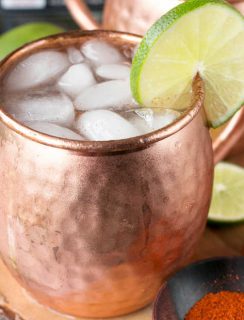 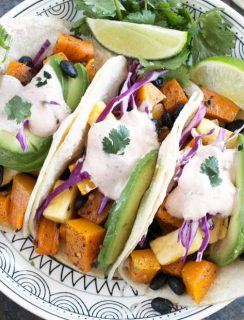