Easy Individual Bourbon Apple Pies are the perfect sized dessert to fulfill a fall dessert craving or to serve at your next holiday party. All the flavor of apple pie, a quarter of the effort and spiked for your merriment! 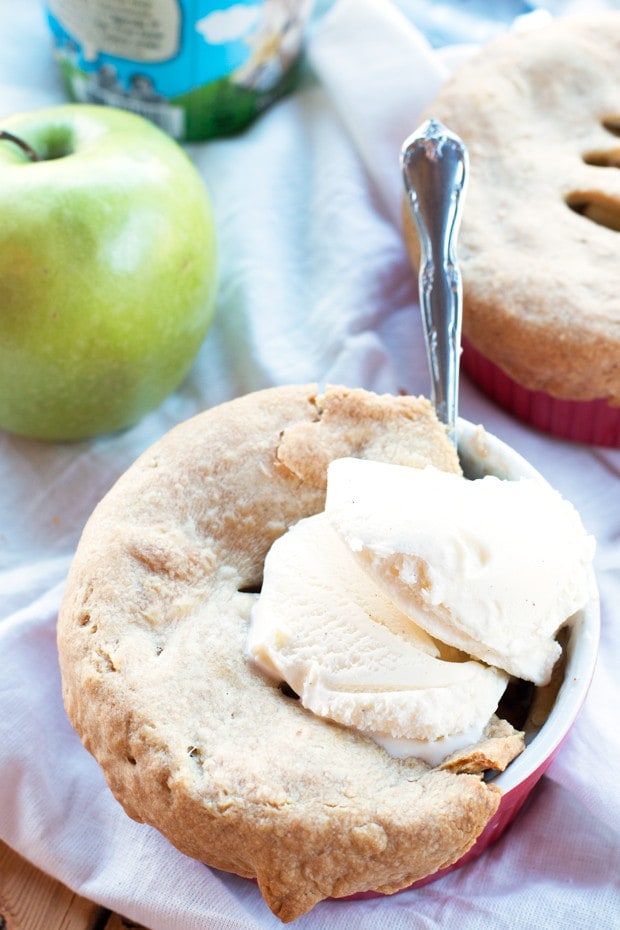 These little easy individual bourbon apple pies were born out of a combination of craving apple pie, not being able to readily access a food processor and pure laziness.

The best ideas are born from a combination of cravings, limitations and laziness, right? I say YES.

I went back and forth all week about whether I wanted to make a traditional apple pie, an apple tart, or just throw my hands up and hide from the disastrous baking luck I’ve had lately.

It’s been a rough week in my kitchen folks.

When I finally decided I was making something apple pie-like, the idea popped in my head to make them individual pies.

She says the week before Thanksgiving… 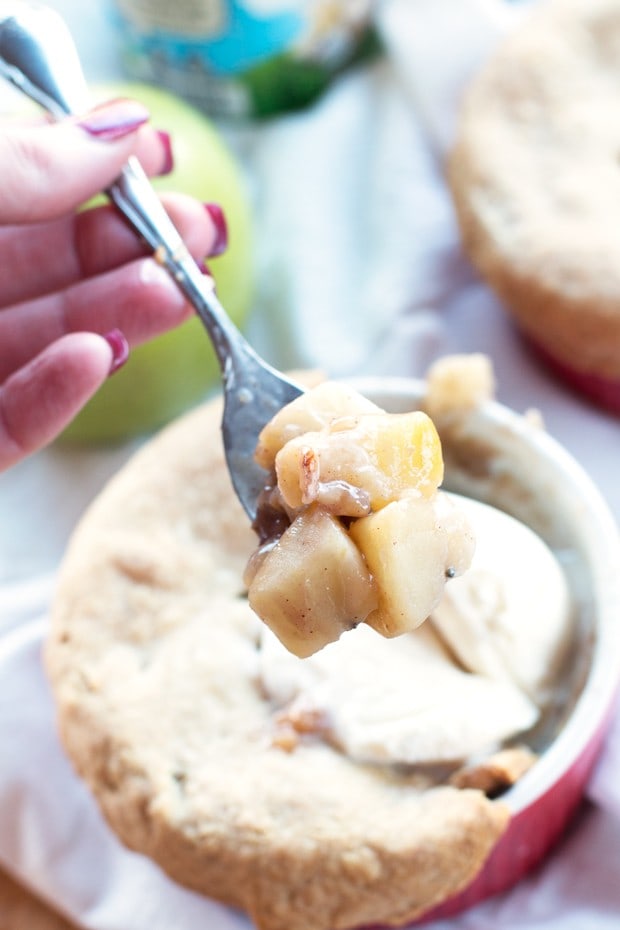 If you aren’t feeling the baking but want all the warm goodness of a slice of apple pie, this is your new bestie.

I even threw in some bourbon to make that warm feeling in your belly last a little longer with every bite. 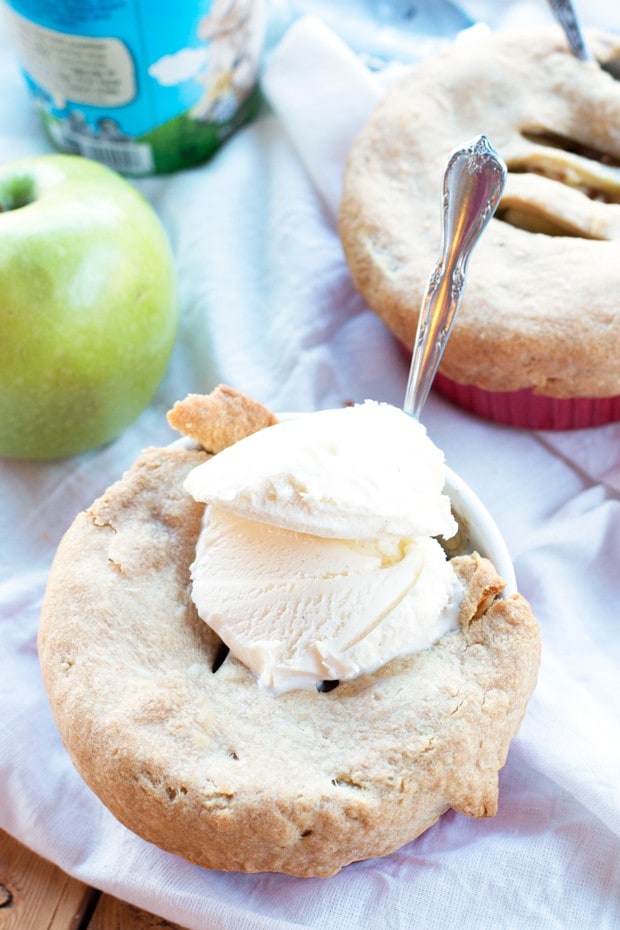 Dessert cravings, girls night in, holiday parties, Thanksgiving dessert, a special dessert for two (which will surely get you some lovin’, just saying…) – there’s no occasion that isn’t right for these little pies.

They take barely any effort to pull together, the majority of the time is spent baking in the oven so you can sit back, relax, and start prepping your palette with a little bourbon and vanilla ice cream.

What, that isn’t your typical Thursday night?