Double Chocolate Chip Raspberry Waffles are the OMFG breakfast you’ve been waiting for. When you stack fluffy chocolate chip and chocolate chocolate chip waffles together, it’s an explosion of sweet bliss in every bite. Douse it all in a heaping helping of smashed raspberry compote and chocolate sauce; then sprinkle on the powdered sugar. Jaws will be hitting the floor in no time.

Be mindful, all yee who enter here… for there is no hope of dieting in this place. 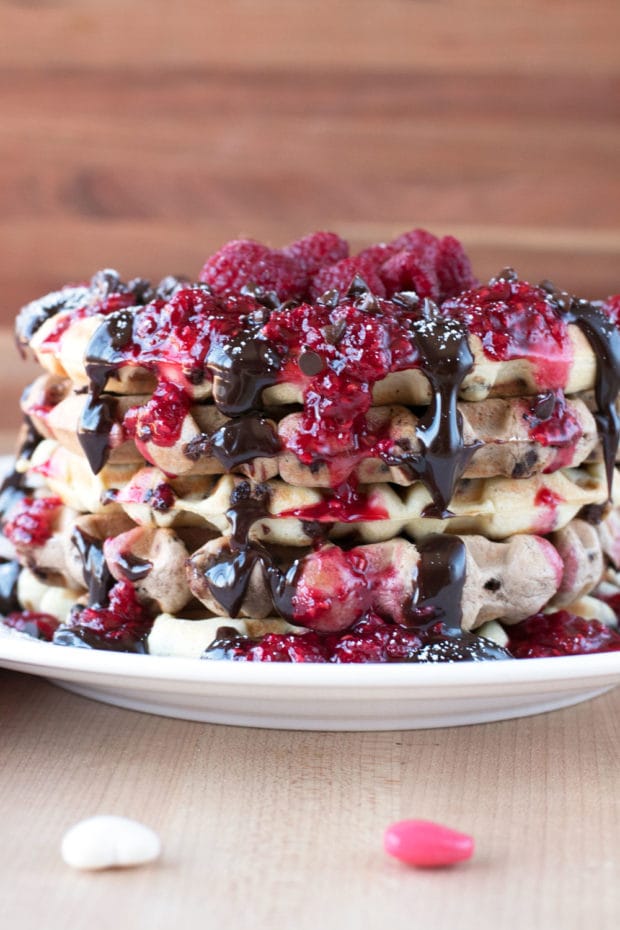 I’m getting a little dramatic with my introductions this week aren’t I? I suppose I’m in a bit of a mood with all the running around, hustling and stressing I’ve been doing this week. All I know is kitchen dance parties, puppy snuggles and plenty of chocolate are the things keeping my brain somewhat sane. 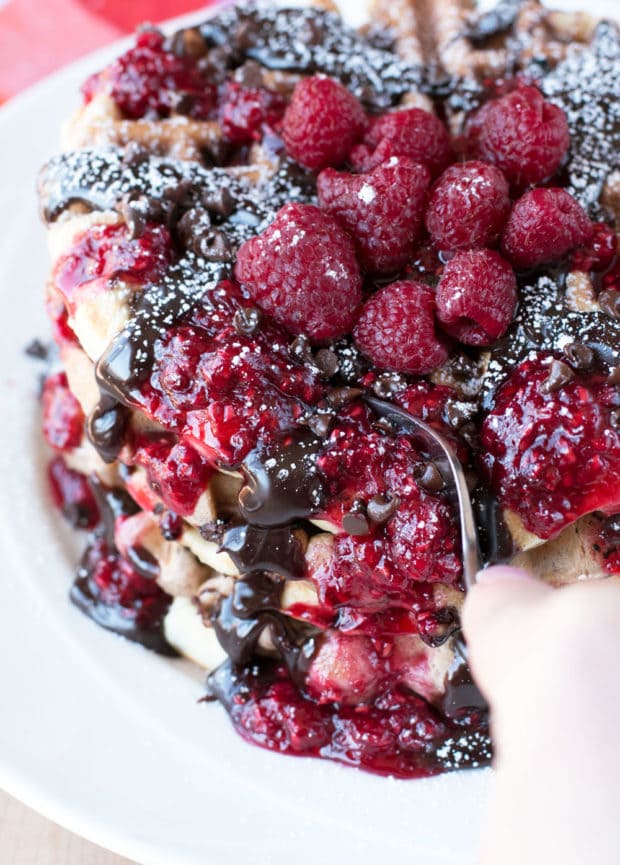 Does anyone else out there have kitchen dance parties? I swear, sometimes it feels like I am the only one who does it. Someone please tell me you like to bounce around like a maniac while stirring a pasta sauce or baking up some cookies…

These double chocolate chip raspberry waffles will put you in a dancing mood, even if you absolutely hate dancing. 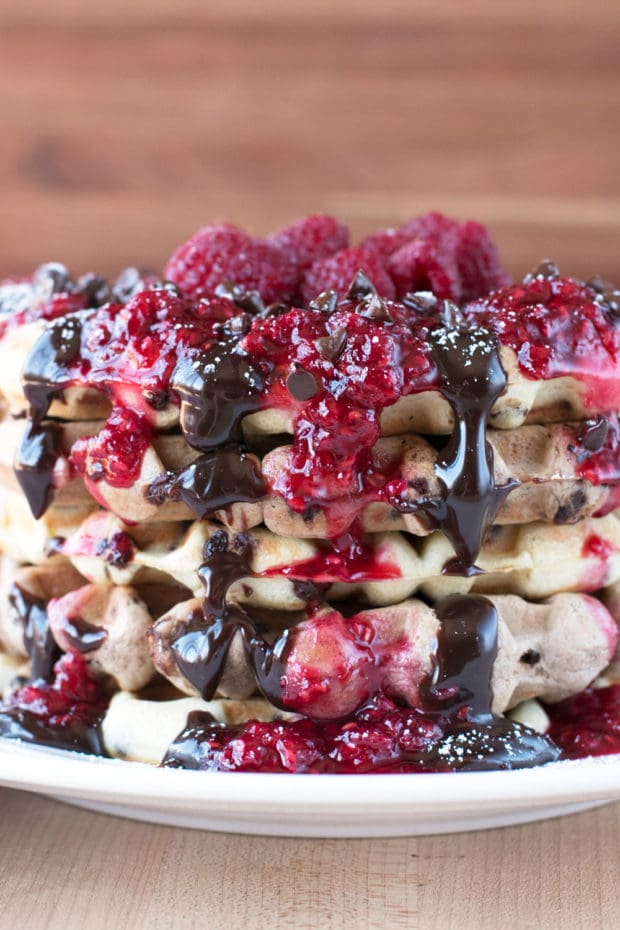 It’s sweet, it’s tart, it’s layered, and it’s the one breakfast that’ll make anyone’s jaw slam down on the ground. 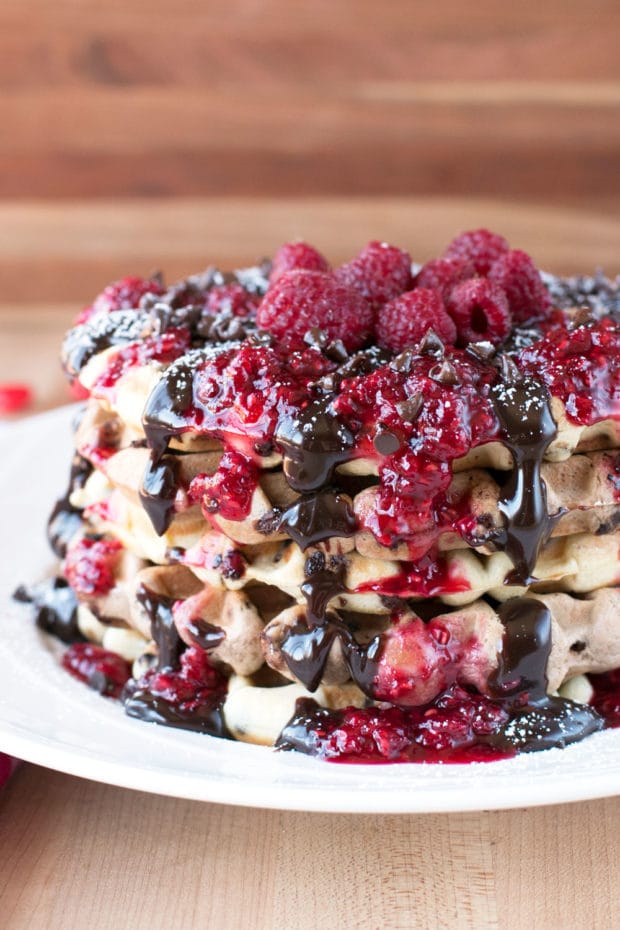 Which is good because they’ll need as much room as possible to shovel all this breakfast magic into their faces.