Bacon-Wrapped Guacamole Burger Bombs are the ultimate way to level up your burger game this summer. Wrapped in bacon and topped with spicy pepper jack cheese, these burgers pack a surprise of guacamole in the center that no one can resist. 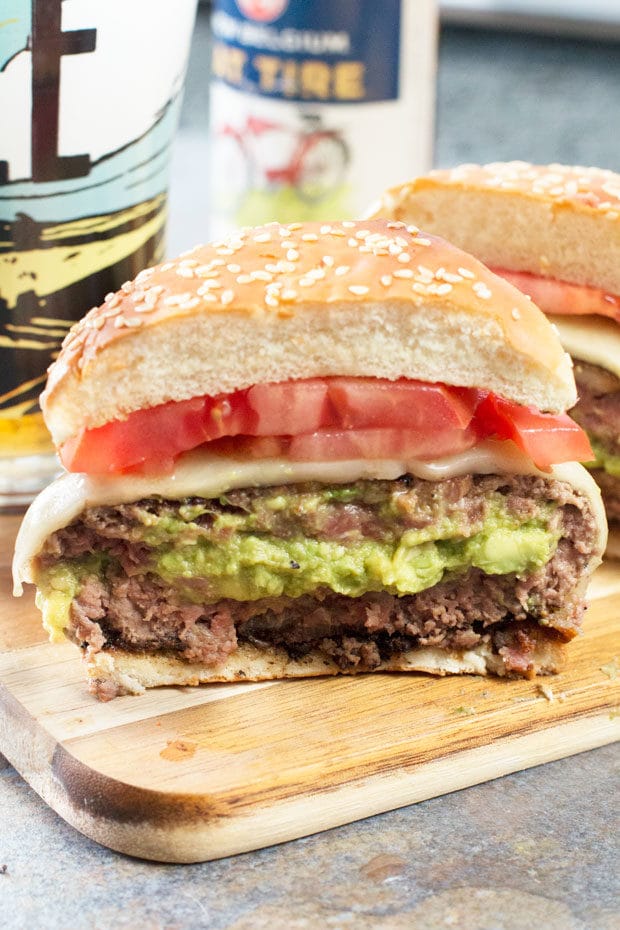 A couple of months ago my friend made me those bacon-wrapped guacamole chicken bombs that were floating around Facebook for the longest time. I thought the idea was pure genius and every since then I’ve been trying to find other new and fun things to stuff with guacamole.

Why had the avocado-obsessed blogger never thought to try this before?

I honestly have no idea. A flood of ideas rushed in but nothing seemed to work as well as that stuffed chicken. As I continued to contemplate how I could achieve such mastery, I thought – what if I turned this whole idea into a burger…? 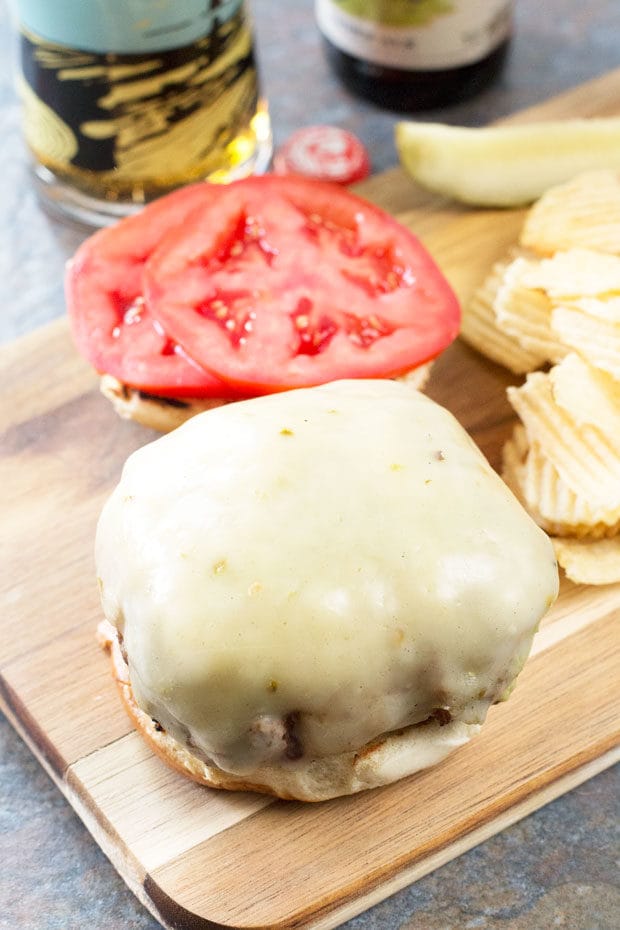 sidenote: I totally melted this thing in cheese and you can’t see the bacon… LOLZ it’s seriously there!

Say hello to the brainchild of that epiphany… all stuffed with guacamole, wrapped in cheese and topped off with some extra melty cheese for good measure. 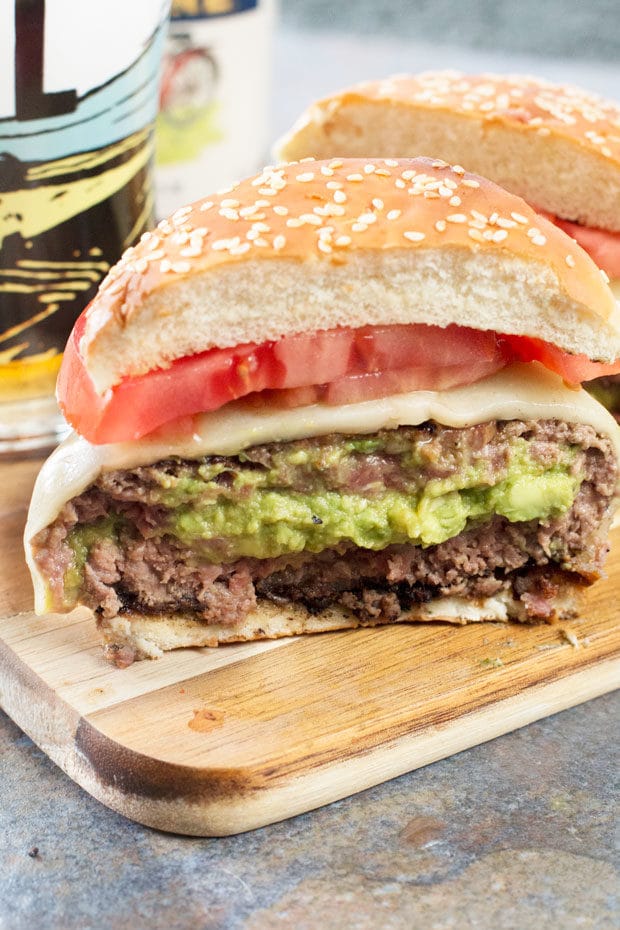 This mess of meaty deliciousness is 100% going to become my Summer 2016 Burger; I can already feel it. I have yet to find another burger recipe that I’ve fallen so hard for (not to brag or anything, of course…).

I know you can’t see the bacon slices wrapped around the burger (all that darn cheeeeeese), but it’s there and instead of falling off your burger like it usually does, these slices of bacon are staying ON. 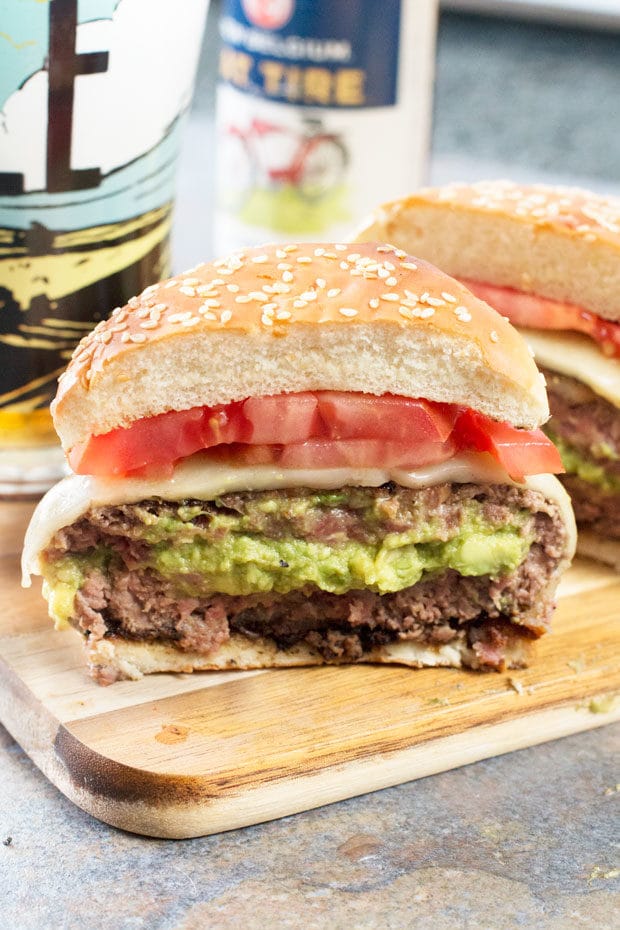 Even if you don’t stuff your burgers with guacamole (not sure why you wouldn’t, but let’s play pretend shall we?), at least start wrapping your burgers with a couple of slices of bacon. It’s such a genius technique, I can’t believe I never tried it before.

And to think, all this came from a little chicken recipe… 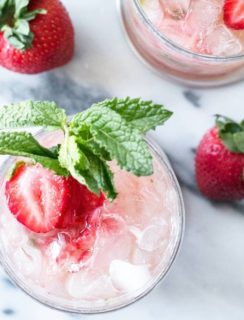 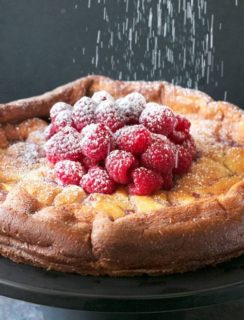